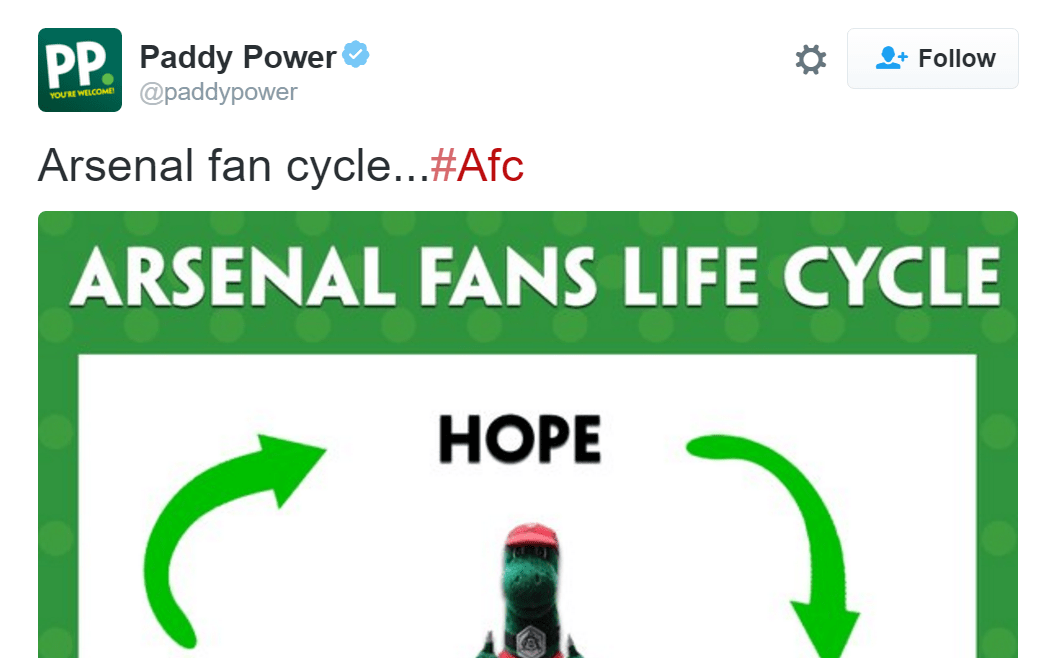 After losing to Man Utd and Swansea within a few days, Arsenal fans may have to avoid social media with trolls out in force to mock their season collapsing.

Of course it is possible Arsenal could get back on track and go on to win the title, but that doesn’t make such a funny troll.