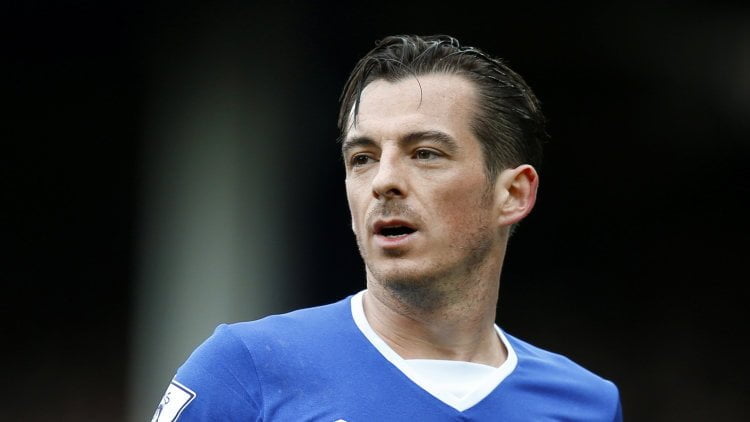 The full-back told the Liverpool Echo after the Toffees’ 1-0 defeat by Manchester United last weekend: “I just don’t feel as though the chemistry is quite there with the team on the pitch at the moment, and it hasn’t been for a while.”

The United loss was Everton’s third in a row in the league and Baines’ remarks fanned the flames of frustration that have threatened to engulf Goodison Park.

Martinez insisted Baines had not meant the comments to be interpreted in the way they were, saying: “What he intended to say is that when you’re not getting the results you lose confidence so a ball that could go in hits the crossbar and it goes out. At the other end, a half chance ends up in the back of the net.

“That’s what he meant and it was more of a feeling of disappointment and frustration and obviously he used the wrong words.

“It’s very disappointing when you see a bit of a misinterpretation of certain words that a player says. Clearly this has been taken out of context in the way that it’s come out.

“But someone with the experience of Leighton Baines – and he knows, I’ve had a chat with him – he has to take responsibility for those words. They’ve been given the opportunity to attract a meaning that is not right and for that he apologised.

“We expect a senior figure at Everton to take responsibility, to make sure that we speak on the pitch, and the way to do that is against Watford.”

Martinez insisted there is no problem with the atmosphere within his squad.

“We’ve got a very close group and we know each other. We’ve been through many situations over the years,” the Spaniard said.

“We are developing a really strong mentality and I don’t think that’s going to be tested by comments on the outside. We’re always very open and very clear and the understanding is something that doesn’t need clarification.”

Baines also said Everton were leaning too heavily on certain individuals – a reference surely to Romelu Lukaku and his 25 goals this season.

But Martinez disagreed, saying: ” I wouldn’t say we are a team that relies on one or two individuals. I think we rely on the technical ability of the whole team, the way that we can get high up the pitch, create chances.

“Of course we rely on individuals because the team is made up of individuals and we’ve got 15, 16 individuals that have had impressive campaigns, probably the best in their young careers in some cases.”