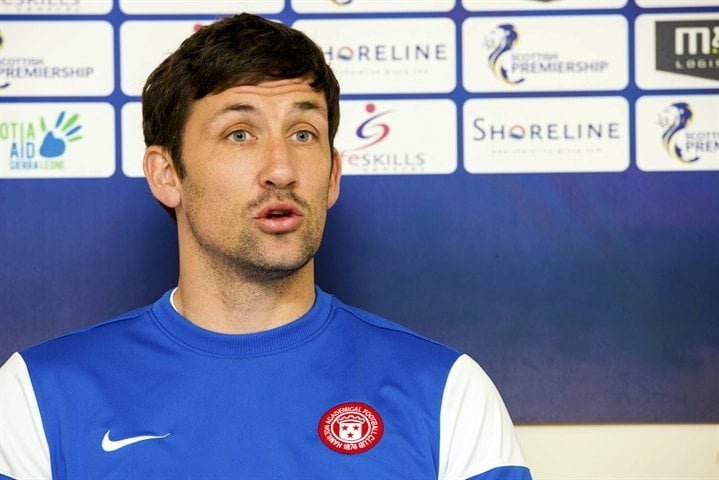 Hamilton Accies boss Martin Canning has apologised for his red card against St Johnstone but says he doesn’t believe it was a sending off offence.

Player-manager Canning was dismissed for a challenge on Saints’ attacker Michael O’Halloran in the 1-1 draw with Tommy Wright’s men at the weekend.

“I take the responsibility for getting sent off. But I still think having watched it back that it was a harsh decision.

“I went for the ball but was slightly late. It’s not high, it’s not malicious, it’s just mistimed.”

Saints striker Brian Graham believed the challenge could have resulted in a broken leg for O’Halloran but Canning refuted those claims.

“I genuinely thought I would get booked. I did not for one second think the ref would send me off but he did. It was nowhere near as bad as [the St Johnstone players] were making out.

“O’Halloran is very quick and I was slightly late. We broke it down on the video and I missed the ball by milliseconds. It’s a great tackle if you get the ball.

“I was proud of the players for the way they responded, though. They could have folded but instead dug in and got their point.

“I spoke to the players after the game and then again at our team meeting on Monday. I apologised for getting myself sent off.

“I told them I felt if I stayed on the pitch we would have won the game. We were the better team for the 60 minutes I was on the park but I let them down by getting sent off.”