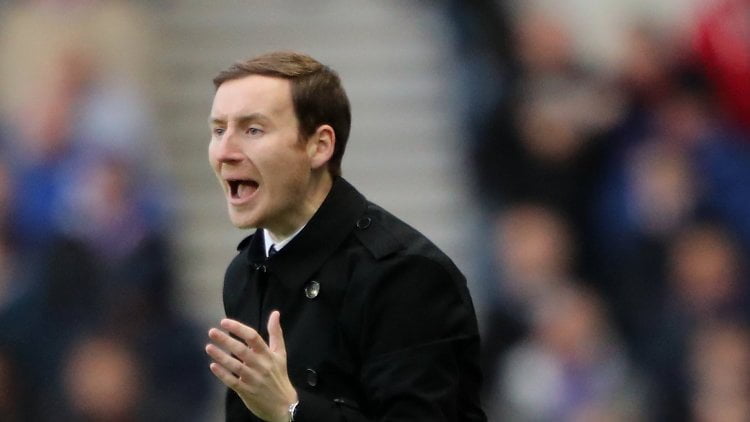 Posted at 17:45h in Uncategorized by Peter Martin 0 Comments
0 Likes

Ian Cathro has not watched back his live TV appearance after Hearts’ slip up at Raith Rovers and expects he would be left cringing if he did.

The Jambos boss gave a less than convincing interview to BBC Scotland in the wake of his side’s 1-1 draw at Stark’s Park.

And Cathro admitted he needs to learn to communicate his feelings better.

“Nobody has sent me a copy of the clip yet and I don’t think I’d watch it if they did,” confessed the Gorgie boss. “I’d be cringing more than anyone else in the room.

“But there is a straight-forward explanation for it – my mind was in a different place. It shouldn’t have been but it’s a normal thing. I wasn’t happy.”

Hearts looked on course to clinch a home tie with city rivals Hibernian in the next round after Jamie Walker put them in front in Fife.

Declan McManus’s last-gasp leveller, however, means the teams must do it all over again.

But TV viewers were left watching through the cracks in their fingers after the game as Cathro stumbled his way through the post-match interview, giving a stuttering replay when asked if the result was hard to take: “It’s okay. It’s a situation where… How is it difficult? What’s difficult. We’ve just got to beat them again, don’t we?”

But he was crystal clear as he insisted he shares the frustrations of the club’s followers after managing just one win from his first six matches in charge.

He explained: “It maybe took an hour to get over the disappointment of the weekend. I think that’s fine.

“I think you can allow yourself to have that frustration and hurt for that hour. I wouldn’t be human if I didn’t. I had it, so did the players.

“You will always feel what you feel. Maybe you should try and hide it better than I did. But that’s for me to recognise and that will be part of this process.

“If there is any reason for it, it’s because if you took the frustration and disappointment the fans felt you would have to times it by a thousand to get to where I was.

“But it’s gone now and we’re ready to play.”

The lure of a derby clash with the Easter Road holders should ensure the Hearts support who turn out at just four days’ notice for Wednesday’s replay create a noisy atmosphere.

But Cathro – who admitted he is still looking to sign a striker and centre-back before the end of the January window – insisted it is Rovers who have his full attention for now.

“But believe me from our side, there is no focus from on anything after tomorrow night.”