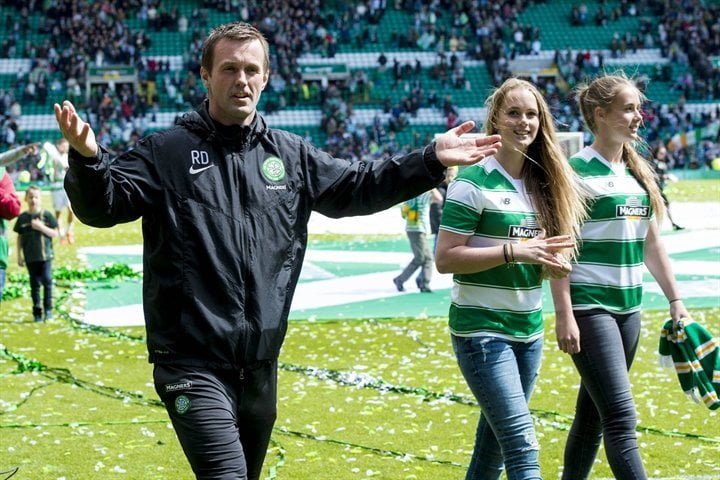 Celtic have announced the dates of their pre-season friendlies this summer and have opted to stay at home rather than go away on a pre-season tour.

The Hoops have three games pencilled in to be played at St Mirren Park while Celtic Park undergoes maintenance works.

Dutch second division side FC Den Bosch will be the visitors on July 1 before Czech outfit Dukla Prague – a re-run of the 1967 European Cup semi-final – are the opponents on July 4.

Former Celtic defender David Moyes brings his Real Sociedad side to play the Scottish champions on July 10. The last meeting was back in 1982 European Cup when Moyes was among the substitutes for Celtic.

A trip to Spain for the friendly against Spanish side Eibar on July 18 is next up for Ronny Deila’s men before completing their pre-season against French Ligue 1 outfit Rennes on July 25.