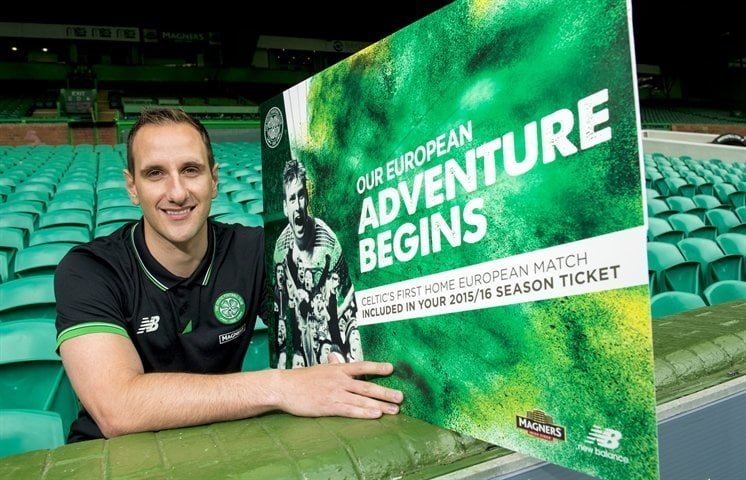 Celtic first-team coach John Kennedy says the Scottish champions are in a much better position to qualify for the Champions League compared to last season.

Kennedy was speaking after the Hoops found out their second round opponents are Icelandic outfit Stjarnan who beat Motherwell in the last campaign.

If Celtic overcome Stjarnan over two legs then they will be entered into the third qualifying round before a play-off to qualify for the group stages.

In manager Ronny Deila’s maiden season they failed to reach Europe’s premier competition after defeat to Legia Warsaw and Maribor but Kennedy believes they are much better placed to qualify this time around.

“Last year when we came in there were a lot of changes, personnel and the backroom team. The management team were getting to know the players and vice versa, new methods and everything else,” he said.

“It was difficult. You look back now and you realise just how much was going on. It must have been very difficult for the players to deal with the pressure of trying to get in the Champions League with all the changes that were happening at the same time.

Celtic face their Stjarnan on July 14/15 and Kennedy said they will speak to Motherwell after their encounter with the Icelandic side last year.

“They did well last year in the qualifying stages and we have to be aware of that.

“We are more aware of them because they did play Motherwell, I remember seeing bits of the game, but it’s been a long time since then.

“We will do our homework and that will be the first stop, we will make sure we tap into the knowledge of players or management of teams who have played against them before.”