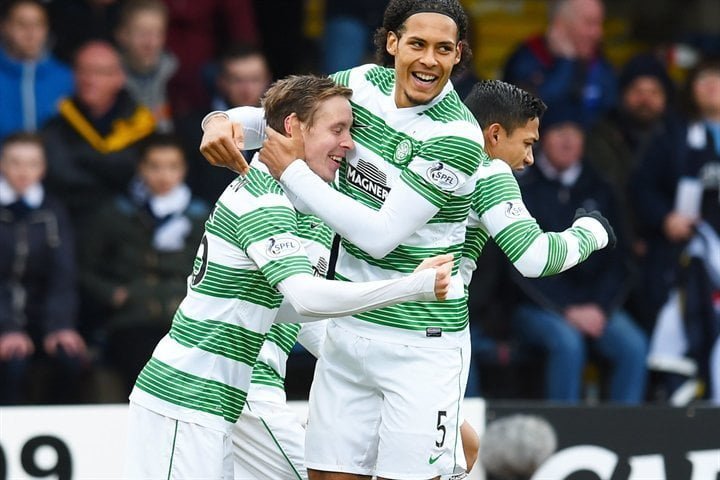 Celtic pair Virgil van Dijk and Stefan Johansen have been nominated for the PFA’s Scottish Premiership Player of the Year.

Aberdeen striker Adam Rooney, who has had a scintillating season with the Dons, and Dundee attacker Greg Stewart were also nominated.

Van Dijk and Johansen have been integral to the Hoops’ success this season and are on course to complete the double with an eight-point lead over Aberdeen and a League Cup winners medal.

Stewart arrived at Dundee from Cowdenbeath last summer but has made an impressive step up from the Championship, firing them to a top-six finish with 15 goals for Paul Hartley’s side this season.

Hearts star Jamie Walker made it a double after following up his Championship nomination with a nomination for the Young Player of the Year award. His team-mate Sam Nicholson is also in the running.

Celtic defender Jason Denayer, on loan from Manchester City and Inverness CT attacker Ryan Christie are the other contenders.