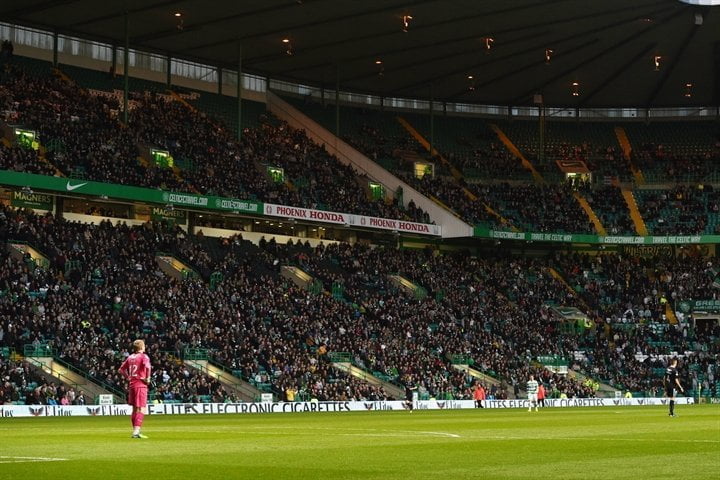 Celtic have been granted access to allow “safe standing” to be introduced at Celtic Park which could be in place from the start of 2016/2017 season.

The move welcomed by the club’s chairman Peter Lawwell would install a rail seating system similar to those found across Europe in Germany, Austria and Sweden.

The proposal would see the area accommodate up to 2,600 supporters and could be in place for the start of the 2016-17 season after consultation with fans.

Lawwell told the club’s official website: “Celtic has worked tirelessly on this issue and we are delighted that this permission has finally been granted.

“The introduction of rail seating at Celtic Park represents an investment in spectator safety. Across football globally, the reality is that some supporters are choosing to stand at matches. This is something we must accept and manage and also understand the positive effect which these areas have on atmosphere at matches.

“Celtic’s primary objective will always be the safety and comfort of its supporters – this new system will now allow fans to stand safely at matches.

“Rail seating has been in place in European football for some time and there has been considerable demand for some form of “safe standing” within the UK and particularly from our supporters. We are sure the rail seating section will prove very popular with supporters and we look forward to its introduction.

“I would like to thank Glasgow City Council for their support in delivering this measure and for the backing they have given to Celtic’s focus on safety at matches.”