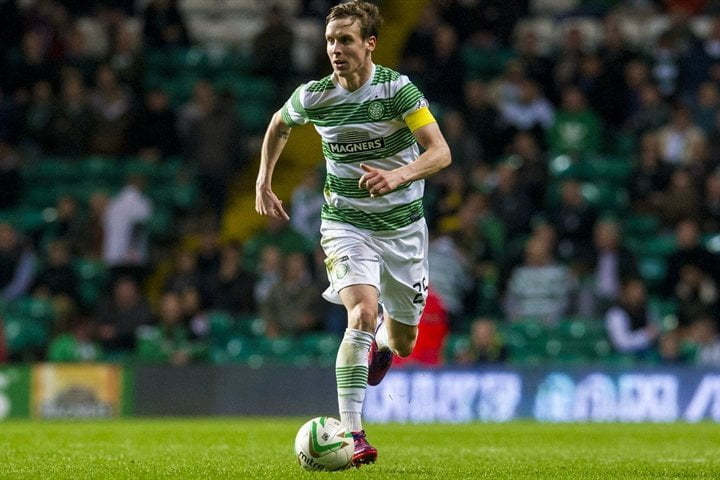 Celtic boss Ronny Deila says he wants to build the team around Stefan Johansen amid speculation about his future.

Reports in his native homeland suggest Bundesliga clubs and English Premier League sides are interested in the Norwegian.

Deila dismissed speculation about the 24-year-old and insisted he was integral to his future plans for the Hoops.

“That’s news for me. The Norwegian press is very good at talking up players so they can continue with that,” he said.

“Stefan has a big potential and he knows what it’s all about now.

“He’s only been at Celtic for 18 months, he was at Stromsgodset for three years before he moved on. One thing he’s started to do well is lead on the pitch but I think he can improve more here at Celtic.

“He hasn’t been in the Champions League, he can play more European games so I think Celtic is the right place for him and he’s one of the players we want to build the future of the team around.”

On-loan Manchester City stars Jason Denayer and John Guidetti, defender Virgil van Dijk, and attacker Anthony Stokes, as well as Johansen, have all been linked with moves away from Parkhead recently,but Deila warned his players that playing is far more important than chasing “big money”.

“Players need to think why are they good here why are they enjoying it because that is more important than fighting for the big money,” he continued.

“When you sit on the bench and you’re unhappy, money is nothing. I think Stefan understands this he is happy at Celtic, he really enjoys it there’s a good atmosphere inside the dressing room and that’s what we want to build on.”

Denayer intends to go back to Man City at the end of the season for pre-season training. Deila admits he’s not sure whether Denayer could break into the first team at City but believes he would be better off playing at Celtic.

“It’s hard to say but there’s less chance of him playing there than here but you never know in football,” Deila said.

“He’s nearly 20 years old, he should stay here and play for maybe one or two more years then take the next step. That’s what I would do but then again not everyone listens to me.”