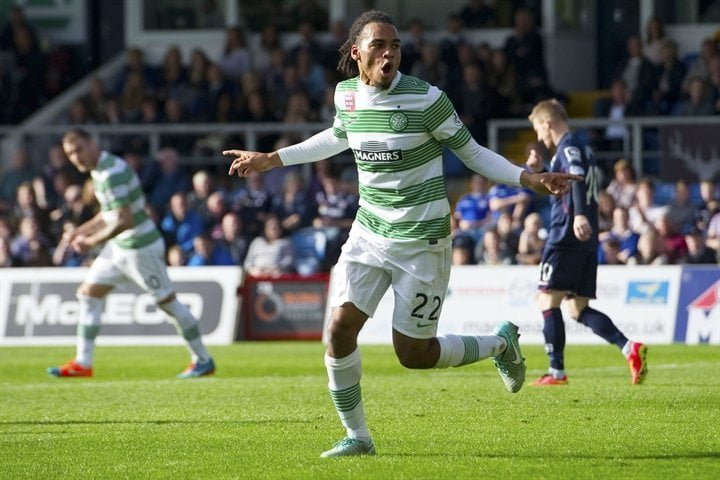 Jason Denayer believes his decision to come to Celtic has been vindicated after he rounded off his “best weekend” with scooping up the Young Player of the Year award at the PFA awards on Sunday.

Barely 24 hours after discovering on Twitter that Celtic were the Champions of Scotland for a fourth successive season – after Aberdeen failed to beat Dundee United, the Belgium international from Manchester City was celebrating again as he was crowned Scotland’s Young Player of the Year.

Denayer held off questions about his future as skillfully as he did to fend off strong competition from Hearts duo Sam Nicholson, Jamie Walker and Inverness CT striker Ryan Christie for the prestigious accolade.

The 19-year-old says he’ll ponder his next move in the summer when he returns back to Man City from his loan spell at the Hoops but believes his time in Scotland has gone better than he could have envisioned.

“I have worked hard and for my first season I couldn’t have expected any more.

“I have won the league, a cup and young player of the year. So it was a very good move.

“It was a lot better than I could have hoped. I just expected to come here and play some games. I have played all the games when I was fit and we won the title.

“I was with some other players on Saturday and we saw on Twitter that we had won the title so we had a good time.

“It’s amazing, two good things happened for me – I think it’s been the best weekend for me.”

Denayer was quick to acknowledge the impact head coach Ronny Deila has had on his game as well as team-mate and central defensive partner Virgil van Dijk.

“He put me in the first team and let me play, he had confidence in me, without him I wouldn’t be here and I wouldn’t be in the national team,” he continued.

“Van Dijk helped me a lot at the start. He has been like a big brother to me, he has helped me on the pitch and off the pitch.

“I am just waiting to see what will happen after the summer. I don’t know yet. Celtic is a very good club and I just say thank you to Celtic for everything they have done for me.

“I need to go to pre-season with Manchester City and see what happens.”