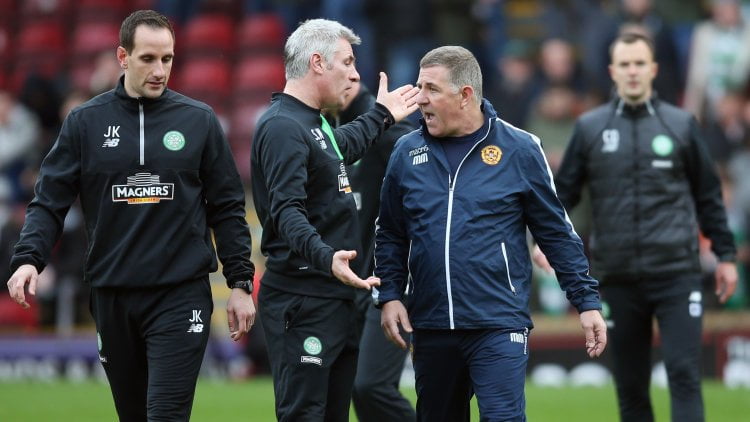 05 Dec Chris Davies is my name

Posted at 23:14h in Uncategorized by Peter Martin 0 Comments
0 Likes

Celtic assistant manager Chris Davies has accused Motherwell of doing everything possible to disrupt his team off the pitch ahead of Saturday’s Fir Park thriller.

Davies was unhappy that Motherwell manager Mark McGhee walked into Celtic’s warm-up zone to ask them to practise their shooting in temporary goals away from the goalmouth after a similar request from the groundsman went unheeded.

McGhee was further annoyed that Davies apparently did not want to shake hands after Celtic’s last-gasp 4-3 win and claimed he did not know the Parkhead assistant’s name.

Davies told STV: “I was surprised that he didn’t know who I was because in the programme he extended a warm welcome to me.

“You can’t control what people say or do. I think the manager addressed it on our part very clearly and strongly after the game and that’s that.

“None of us had ever seen anything like that at a football match but that’s not the real story. The real story is 2-0 down away from home against a team that’s trying to do everything they can on and off the pitch to disrupt what we’re doing.

“We come back and score four goals and we could have had more. It was complete domination in the second half and we found the solutions to the problems and that’s what we’re really happy about.

“Great resilience, perseverance, everything we want from our team – delivered it.”