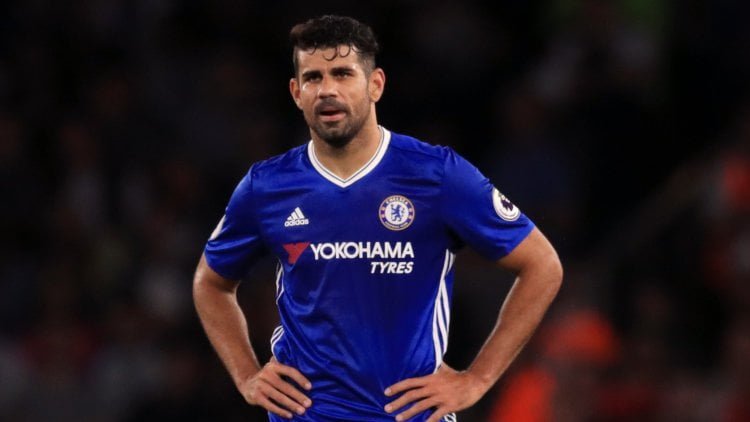 Posted at 15:17h in Uncategorized by PLZ Team 0 Comments
0 Likes

Chelsea head coach Antonio Conte trusts he will not be burned by placing his faith in Diego Costa.

“I can put my hands in the fire,” Conte said. “It means that you trust 100 per cent the situation.”

Costa missed last weekend’s win at Leicester with a back injury amid reports of a bust-up with Conte and his backroom staff.

The 28-year-old has also been linked with a move to the Chinese Super League, but is in contention to return in Sunday’s home game against Hull.

Conte added: “The player wants to stay at Chelsea. He’s very happy to play with us. This idea (to move) is far from his mind.

“He missed only one game, the last game. Now he’s ready to come back with us.

“I’m sure about his commitment, his behaviours, his will to fight with this team, to try together to fight to the end to try to win the title.”

Chelsea have a seven-point lead entering this weekend’s fixtures, with Costa’s 14 goals in 19 Premier League games integral to the revival.

Costa was among the players jeered by the Chelsea support in the aftermath of Jose Mourinho’s sacking 13 months ago.

Conte does not want a repeat. The Italian says Costa’s loyalty should not be questioned, maintaining the one-game absence was enforced.

“I don’t think this situation can happen. It’s not right,” Conte said.

“Last week, he had this injury, this pain in his back.

“Every time Diego played for Chelsea, he always put all of himself into it for this club, for this shirt.

“For this reason, I’m sure on Sunday that, if Diego starts the game, he’ll put all himself into it for this club, the shirt and the fans, and help us to win the game.”

Conte insisted he had no issue with “friend” Mendes, who had shown “respect” to Chelsea.

Costa has also been linked with a return to Atletico Madrid and a switch to Barcelona.

Conte was asked if Chelsea should try to tie Costa down to an extended contract to end speculation over his future. The Spain striker is halfway through the five-year deal he signed on joining from Atletico in July 2014.

“I think now it’s better to be focused, to be concentrated on the present, not on the future,” he added.

“Now it’s important to have these four months in a very strong way. Then we’ll see.”

Conte refused to directly address questions over the reported training ground argument and would not confirm if he met with Costa individually this week.

And the Italian was adamant Costa trained on his own on Sunday and Monday – while his team-mates had time off – only to be in the right physical condition to rejoin first-team training on Tuesday.

Costa’s selection for what would be his 100th Chelsea appearance is not guaranteed. However, his only two absences in the Premier League this season were when he was unavailable – suspended against Bournemouth and injured last week.

Eden Hazard played the central role in a front three with Pedro and Willian against Leicester, and Chelsea won 3-0, just as they did against the Cherries on Boxing Day.

“I sleep some hours less to make the best decision,” Conte added.

“I have to pick three players and if someone stays out it’s not for punishment or for other stories.”

The former Italy and Juventus boss does not have automatic selections and says he will be culpable if Costa plays and is distracted by the events of the last week.

“I don’t like this word, this adjective, ‘untouchable’,” Conte said.

“I prefer all my players show me every single day that they deserve to play on Sunday.

“If Diego is not concentrated and if he starts, the fault is mine.

“(But) in this week I didn’t see the player wasn’t focused, wasn’t concentrating.”

Conte, who has John Terry available following a ban, did confirm Chelsea are considering an offer from Bournemouth for second-choice goalkeeper Asmir Begovic, currently back-up to Thibaut Courtois.

Conte said: “The club and I are evaluating this offer.”