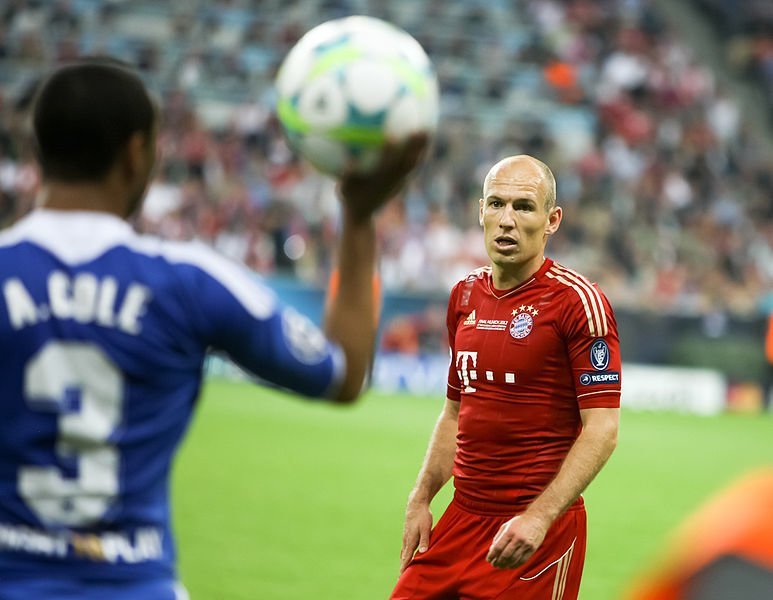 Louis van Gaal has refused to deny rumours he will make a bid to sign Arjen Robben in the January transfer window but is he the player to solve Man United’s problems?

When asked recently in a press conference whether he would try and sign the Bayern Munich winger, van Gaal said:

“If I answer that question, then you are writing [Man United are trying to sign] Robben,”

The Dutchman went onto confirm he is looking for fast wingers in his team:

“Still I need more balance in my selection.”

“I want that fast wingers and that is a better balance in the team.”

Could Robben Be The Answer for Man United

At 31 years old, Robben certainly would bring experience into the Man United team but as he enters the twilight of his career, negotiating a fair price could be a stumbling block. Bayern will surely value him based on ability and experience, while Man United will likely base it on how many years he has left at the highest level.

One of the most concerning issues van Gaal will have with signing Robben is his history with injuries, having missed 19 games last season and 9 already this term. As he gets older it’s a fair assumption he will become more injury prone, affecting his ability to help Man United through an entire season.

Despite his injury problems during last season, the Dutch winger still managed to score 19 goals in 30 appearances in all competitions for Bayern Munich. As well as being a source of goals, Robben assisted 7 goals in 21 games in the Bundesliga during the 2014/2015 season.

Robben still possess excellent pace which could help speed up attacks for Manchester United, something fans have been calling for.

It would appear Robben could be the answer for Man United, however his age and injury concerns will be a determining factor as to whether he’ll be a good signing. If Louis van Gaal can convince Bayern Munich to sell the Holland international for a reasonable price, he could be a very good signing for the Red Devils.