Deila: First season has been heaven and hell 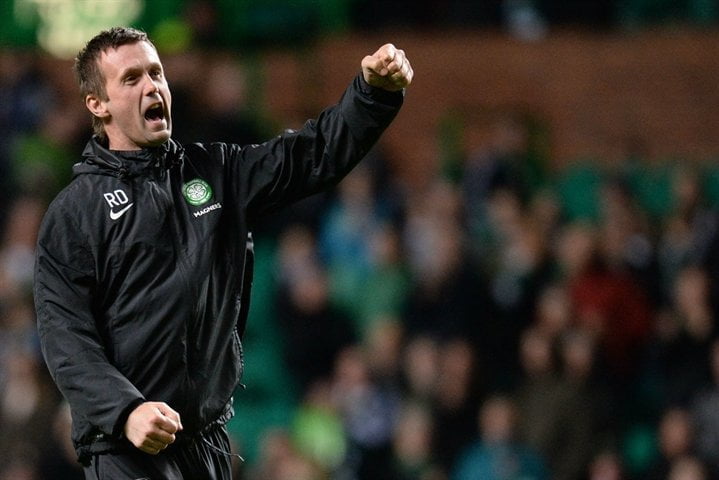 Celtic boss Ronny Deila has described his first season in charge of the club as “heaven and hell”.

The Norwegian reflected on his first 12 months in the Hoops hotseat with mixed emotions after they followed up their Scottish League Cup triumph by securing their fourth successive Scottish Premiership title on Saturday following Aberdeen’s failure to beat Dundee United.

However, the former Stromsgodset coach got off to a turbulent start having been eliminated for the Champions League twice in quick succession; firstly to Legia Warsaw then Maribor, and Deila concedes it has been a roller coaster season.

“I have enjoyed this season. It has been an unbelievably good experience for me. It has been tough at times, very happy at times and that’s why you love football.

“It is hell or heaven and you have to be used to it and you have to love having shi**y times and to turn it around and be happy because it is never something in between.

“It is always very good or very bad. The first six months were very tough. When you start the way we did with Champions League (qualifying) campaign, that was very hard.

“But we went to the Europa League and that is not talked about so much but it was a big thing to get through the group stages and play football in winter in Europa.

“The two games against Inter Milan were some of the highlights of the season and I think we deserved more in those two games.

“That was the tough part of course, and the beginning of the season when we struggled in the league.

“We lost 15 points in the first 19 games and in the next 16 we lost five and of course that’s what makes me happy.

“Things are improving, they are going the right way. I am just eager to take it forward to the next stage.”

On their Premiership success, he said: “It is a good feeling to have done it. Everyone expected it. You don’t get a lot of recognition when you win the league here, when you are Celtic.

“Everyone says you should win the league by 30 points and every other team is bad but it has to be done.

“We want to do it in a certain way as well and we have shown that we are about development, creating an attacking team who wants to win trophies.

“So far we have done that and that makes me proud and also very hungry to keep on driving this team forward.”