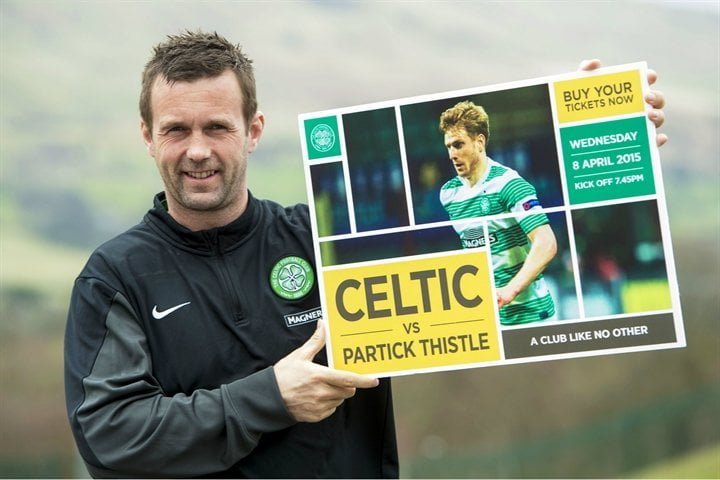 Celtic boss Ronny Deila has reiterated his belief that state of football pitches in Scotland are not good enough.

Deila was critical of the park at St Mirren after their 2-0 win over the Saints.

St Mirren boss Teale felt the criticism was unfair but Deila insists the pitches across Scotland need to be in better condition to facilitate the development of football in this country.

“I said the same [as Teale], it is one of the best but that says something about the pitches in the league,” Deila said.

“If that is a good pitch, then I say good luck. Go to England or Europe, it is like playing on artificial.

“The ball is not bouncing around all the time. This is the Premiership we are talking about here.

“We get evaluated every game about performance, how good we are playing, entertainment and there are high demands.

“And if that is a very good pitch then the demands on us can’t be so high. If the pitches are like this then to develop pattern, technique and speed like we need to do is hard.

“If you want high performances then you need good pitches.

“I don’t say they do a bad job but the pitches are not like that in England.

“Is it about money? I am not a grounds man but I think it about taking care of the pitches and using them less, as little as possible.

“Of course at this time of the year it is so hard to recover, when you play in the winter and of curse maybe it is about money as well.

“But this is a challenge we have in Scotland.”

Celtic face Partick Thistle on Wednesday, a team they haven’t lost to at Parkhead since 1992. The Hoops are seven points clear of nearest rivals Aberdeen but Deila isn’t taking anything for granted in the title run-in.

“We are getting closer all the time but when you get closer the games get bigger.

“The game tomorrow is a very big game for us.

“If we win, we put pressure on Aberdeen again and if we lose then it is open again. So this game is important and Partick Thistle is one of the best teams at the moment.

“They have had some good results and it is going to be a good test for us.

“We have to be up for the game and have a good performance.

“Everything is possible in football.

“No one can take the points we have from us but we have to win more games before we win the league.

“I have never taken anything for granted in football.

“If you do that you can eat your words. So we have to be prepared.

“We are in a very good position and we have to enjoy that position but this period is the most important so far.

“Aberdeen is a good team, we need more points you win the league so I don’t that anything for granted.”