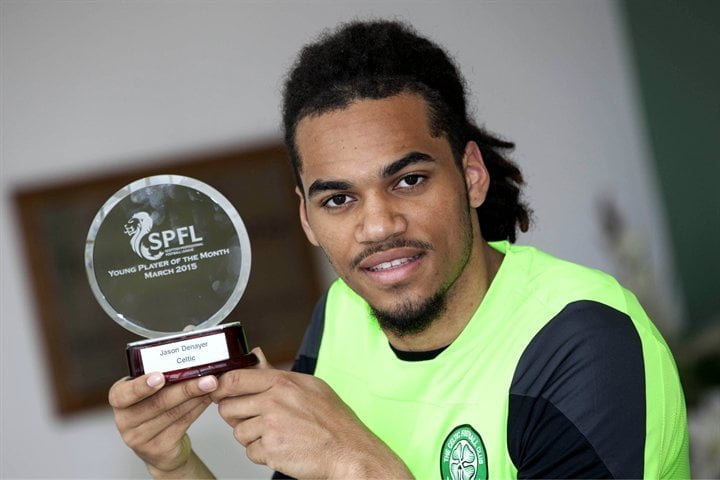 Celtic defender Jason Denayer has won the Young Player of the Month award for March.

The on-loan Manchester City centre-back has been in impressive form for the Hoops, helping to secure clean sheets in emphatic victories over Dundee United and Aberdeen.

The 19-year-old also received his first cap for Belgium after Vincent Kompany was sent off in a Euro 2016 qualifier against Israel.

Denayer was coy about his future, insisting he doesn’t know where he will be next season but is determined to try to force his way into City’s first team when he joins the club’s pre-season tour in July.

The Belgian has been an integral part of Celtic’s success this season and has scored six goals in 37 appearances.