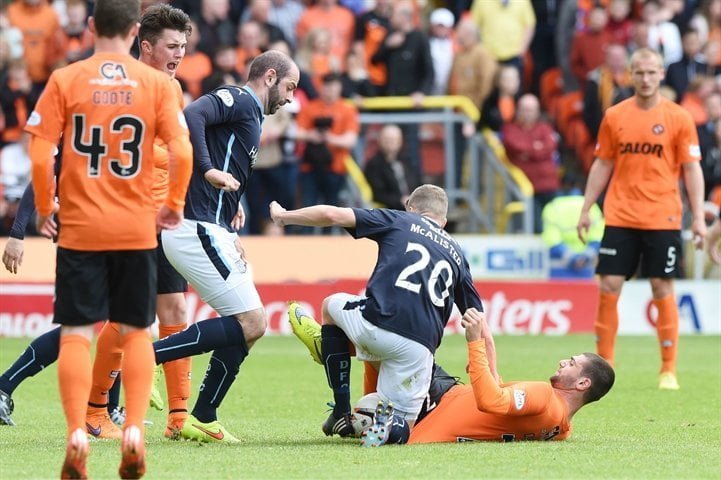 Dundee United have leapt to the defence of their striker Nadir Ciftci after the player was accused of biting an opponent.

During the Dundee derby it is alleged that the Turkish forward bit Dundee midfielder Jim McAlister though Ciftci denies the claims.

On the SPFL YouTube McAlister can be heard shouting to referee Bobby Madden that Ciftci bit him. Later on social media an image appeared to show bite marks on McAlister’s leg.

However, United released statement in defence of the 23-year-old, who now faces an Scottish FA inquiry into the incident.

“Dundee United FC are fully supportive of Nadir Ciftci in relation to allegations reportedly made against him by a Dundee player in the 3-0 derby win on Sunday at Tannadice,” a club statement said.

“The club has interviewed Nadir today as the accusation levelled against him is very serious and Dundee United would not condone such behaviour.

“The player is both surprised and upset by the accusation and, on discussing the matter in detail, it is clear to us that the player has not been involved in any such incident.

“In fact, we commend Nadir for his tolerance on the field given some quite severe physical and totally unacceptable verbal provocation.”