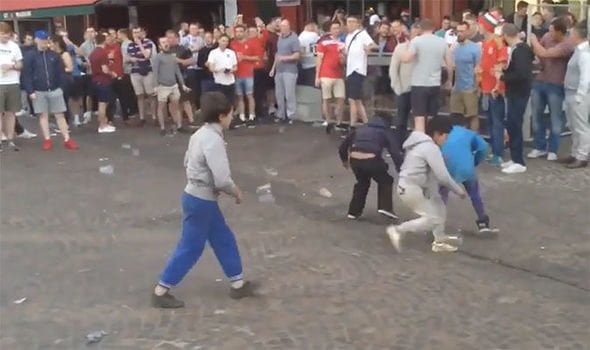 Euro 2016 has seen a lot of controversy from fans and the latest appears to involve England fans who were caught mocking child beggars in Lille.

In the video which has gone viral online, England fans can be seen throwing coins and mocking French child beggars in Lille.

The children can be seen running after money in a desperate attempt to collect as much as possible, presumably just so they could buy food.

“There were eight or nine English who were laughing and joking at these poor youngers – pretending to give them money and then throwing coins at them.

“These kids must have been no more than eight or nine. It was pretty bad taste.”