EXCLUSIVE: I'm as good as anyone in that Scotland team, says Adam 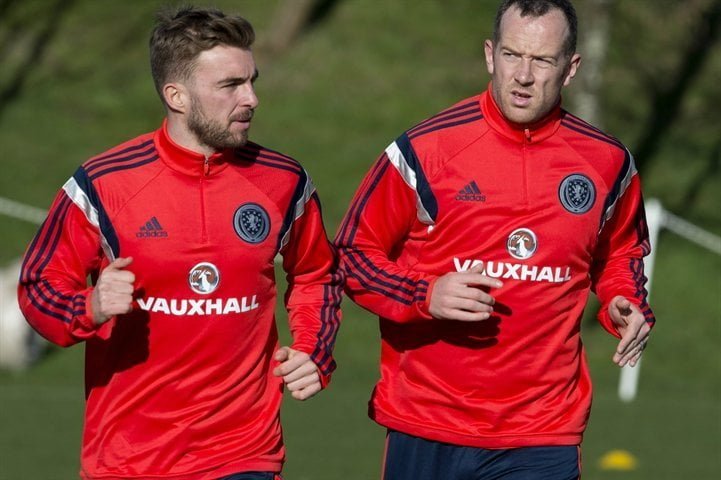 Stoke City midfielder Charlie Adam says he’s been left frustrated by his Scotland snub as he believes he is as good as anybody in the team on his day.

Adam hasn’t been able to add to his 25th cap for his country since playing against Poland in a friendly last March.

But the 29-year-old has been in impressive form for his club, scoring a wonderful 60-yard effort against Chelsea – just one of four goals in his last six games.

And, with a double header coming up against Qatar and the Republic of Ireland in June, the former Rangers and Liverpool is hopeful of a return to the national set up.

“I’m a central midfielder I want to dictate the game with my long and short passing. I can drive with the ball and score goals.

“I’m not an Andrea Pirlo or anything like that but I’m a good enough player and when I’m playing well and scoring goals I’m as good as anybody in that Scotland team.”