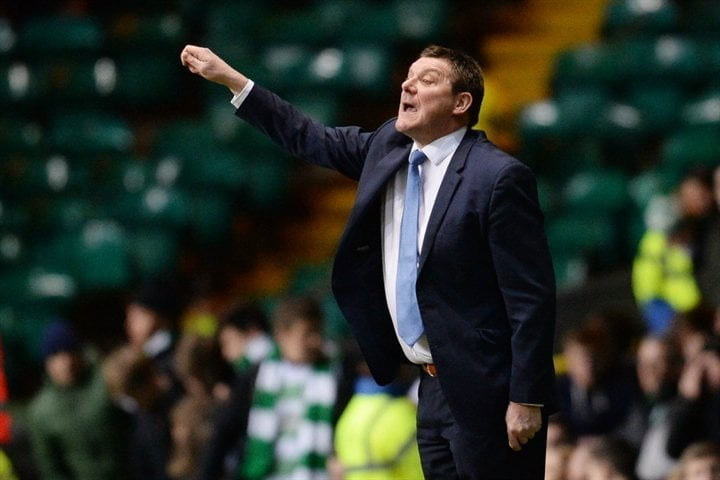 Hibernian boss Alan Stubbs has fired out a warning to rivals in the promotion race, insisting the club will get even stronger.

Stubbs’ men are on a run of just one defeat in 21 games and won at Ibrox last week to make it three consecutive wins against Rangers.

That run of form has seen the Leith outfit leapfrog the Light Blues into second in the Scottish Championship albeit they’ve played three games more but Stubbs is adamant there’s more to come from his side.

“I really think we are going to get stronger,” he told Peter and Roughie’s football show.

“The squad now is the healthiest it’s been since I came in the door. We’ve got real competition for places.

“When the window closed you could see a real step up in the intensity to training because players know now there’s others who can come in and replace them if they are not at it week in week out.”

One player who has particularly caught the eye is playmaker Scott Allan.

The 23-year-old arrived at Easter Road with a cloud of uncertainty over him after somewhat losing his way down south.

But Stubbs says he saw something in Allan which appealed to the former Everton youth coach and sees him as having a very important part to play in the future.

“We’ve taken a couple of chances with the likes of Scott Allan and Fraser Fyvie,” he continued.

“It was put to Scott in no uncertain terms that I’m prepared to give you an opportunity but if you cross the line then it’s see you later.

“A lot of credit has to go to Scotty for that. Sometimes mud can stick, people will listen to other people’s opinions and go with that rather than look at the individual and give them a chance.

“I felt like I wanted to give Scotty an opportunity to show his ability.

“We’ve got a real value of what Scotty is to the football club and to hold on to all our stars was a testament to show what we want to do as a club and he is a big part of that.”