Football Manager, not just a game by Hugh MacDonald

By Peter MartinNovember 4, 2015No Comments 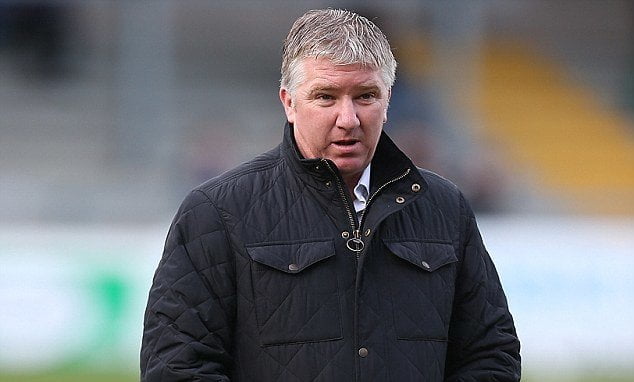 Who would be a football manager? It is the clichéd response whenever some poor sod gets the bullet two second after being given a vote of confidence.

But the truth is that every football fan wants to be a manager. And most of us are. Even if it is just in the stands on a Saturday and in the pub afterwards. But the lure of the game remains strongest for those who have experienced the pain, turmoil and obsession that is football management.

The announcement that Martin Ling was to manage Swindon Town did not cause the editor of News at Ten to look for a picture of the coach to accompany a bong. Frankly it was not even news outside Swindon and it was hardly earth-shattering there. But Ling’s story has an extraordinary drama. It tells how football management can break a man but how its allure is so strong he will return to it when he is restored to health.

Ling suffered from a depressive illness so severe he underwent electroconvulsive therapy when he was manager at Torquay. His life had involved stress, panic attacks and loss. The demands of football management contributed, perhaps even caused his anguish. Yet Ling has made an excellent recovery and can now contemplate the challenge at Swindon Town two years after being discarded by Torquay. He has suffered but but he has learned, too, and it is easy to offer him the best of wishes as he has overcome an illness that dare not speak its name in some macho professions.

Yet his desire to return to the game is also indicative of its strong, seductive nature. Every time a management is sacked the commentators will claim ‘’he had an impossible job”. But there will be a queue to replace him. This in part is because there are too many coaches for too many jobs. But it is also because the job has rewards that go beyond the mercenary. It can be extraordinarily fulfilling, with results being achieved in the face of odds that make the National Lottery seem a good bet. It has so many challenges that the manager can feel he is climbing Everest in flippers and with a small family car on his back.

But some days, even some seasons, it seems all worthwhile. The story of Martin Ling is one of personal redemption but we should not be surprised. The football manager is a hardy breed. He always seems to come back.