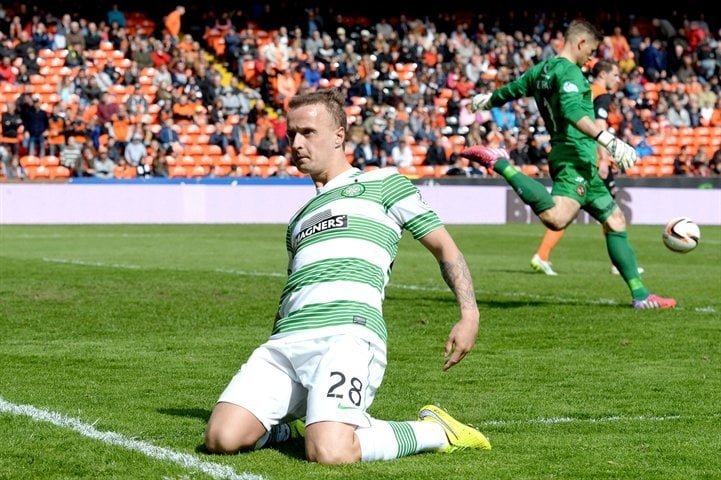 Gordon Strachan has hinted that Celtic striker Leigh Griffiths has played himself into contention for a Scotland call-up saying “he has come good at the right time”.

Strachan acknowledged that Griffiths initially struggled to cement his place in the first team in the first half of the season under boss Ronny Deila.

However, in 2015, the 24-year-old has found his form and scored 13 goals since February – including two hat-tricks in his last two games – and, with the friendly against Qatar and the Euro 2016 qualifier against Republic of Ireland coming up in June, Strachan says he’s timed his hot streak perfectly.

“He hasn’t been doing well all season and he was a substitute up until six games ago,” Strachan, who revealed the mominees for the PFA manager of the year award, said.

“He’s probably pleased with his form over the last two months I think if you asked him about his form previous to that he’d say it wouldn’t be as good as it is now. But he’s come good at the right time.

“I wouldn’t say he’s been good all season because I think he had scored four goals up until six games ago but he’s always in our mind that’s for sure.”