By Peter MartinJune 4, 2016No Comments 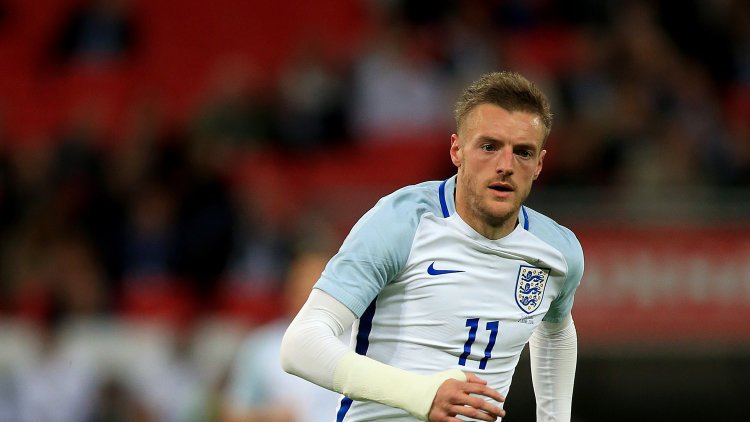 Gary Lineker has urged Jamie Vardy to commit his future to Leicester after reports that Arsenal have made a move for the England striker.

Vardy has been the subject of a bid from the Gunners that activates a buy-out clause, according to the Guardian.

His goals spurred Leicester to a stunning Premier League title success and reportedly have attracted Arsenal manager Arsene Wenger to launch an early-summer bid for the 29-year-old frontman.

Former Leicester and England striker Lineker wants Vardy to stay at the King Power Stadium with Claudio Ranieri’s side.

And in response to broadcaster Piers Morgan, who wrote on Twitter “Come on @vardy7 – let’s do this”, Lineker challenged Vardy to turn down the advances from north London.

He wrote: ” Stay with the Champions @vardy7 don’t join the perennial also-rans.”

Vardy scored 24 goals in the Foxes’ triumphant campaign, forging a brilliant understanding with Riyad Mahrez, who has been linked with Arsenal in the past.

With Euro 2016 ahead, Vardy’s focus has been on England duty in recent weeks but he may now have a major career decision to make before the finals.

The former Halifax and Fleetwood striker has enjoyed a rapid rise to the top of the game and signed a new three-and-a-half-year contract with Leicester only in February as the club rewarded him for driving their title bid.

Leicester were 5,000-1 shots to win the league at the beginning of the campaign but defied those odds to finish an astonishing 10 points clear of second-placed Arsenal.

Vardy was playing for Stocksbridge Park Steels until 2010, and the prospect of joining one of England’s biggest club sides could be difficult to turn down, despite Leicester’s achievement in the last 10 months and his affection for the club.

According to the Guardian, the fee for Vardy would be around £20million.

Leicester’s players gathered at Vardy’s home on the night they were confirmed as champions, when Tottenham, who were then their nearest rivals, could only draw with Chelsea.

That was an indication of his central role in the team’s success, and to lose their principal forward would be a major blow to Leicester and the club’s Thai owners, regardless of the money coming in.

Like Vardy, Lineker was top scorer in the top flight with Leicester before leaving, in his case for Everton in 1985.

There was no immediate comment from Leicester, Arsenal or Vardy’s management on the reports of Arsenal’s approach.

Vardy indicated in early May that he had no desire to leave Leicester.

He said at the time: “We’ve just won the league and will be playing in the Champions League next year. I am happy here.”

But manager Ranieri does not intend to stand in the way of any player keen to move on, saying in May: ” If they go away, it is not good for them. It is much better if they improve another year here and then go wherever they want.

“But I have said so many times if one player comes to me and says ‘Gaffer, I want to go’, then I leave him to go because it is okay.”