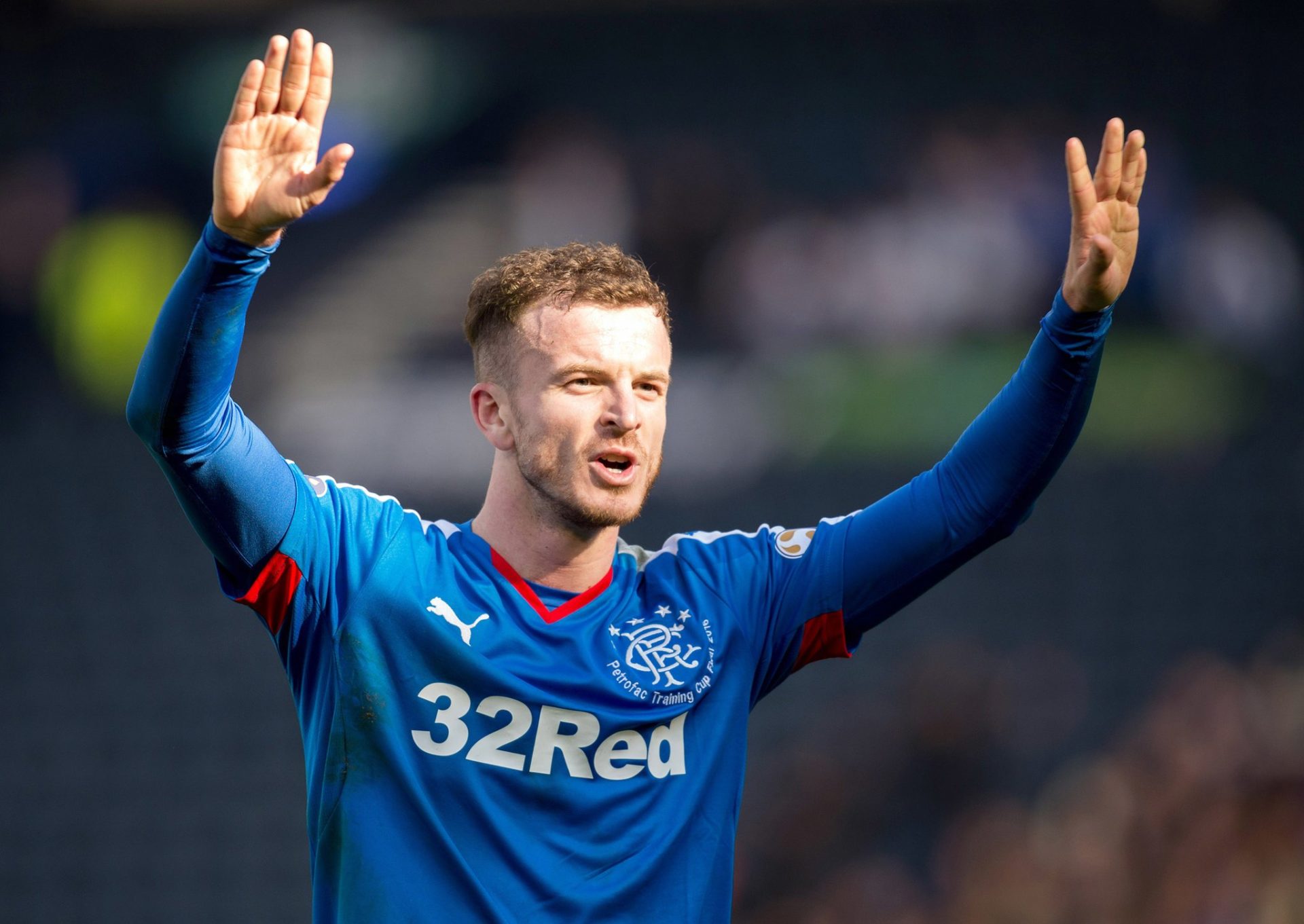 Andy Halliday says he’s been getting the inside track on Old Firm derbies through speaking to former Rangers midfielder Ian Durrant.

Halliday, a boyhood Rangers fan who lived on Copland Road in Govan right next to Ibrox, was brought up on the rivalry and will finally get to experience playing in it in Sunday’s Scottish Cup semi-final against Celtic.

So who better for Halliday to pick the brains of about the tussle than Ian Durrant – a midfielder who was a regular in the nine-in-a-row winning side and played and scored in Old Firm derbies.

“I’ve been asking people about it, trying to tap into the knowledge of people like Ian Durrant who are about the training ground and how they dealt with the fixture going into it,” Halliday said.

“Nothing can really prepare you for it so you’ve just got to deal with it in your own manner.

“The draw was made six weeks ago and you can’t walk 10 yards down the street without someone asking you about the fixture.

“I’ve just tried to shut myself off and just look forward to the occasion because it’s an occasion that, when you retire, you look back on and hope you can say you did yourself justice.”

It’s a dream come true for Halliday who was a young player at Murray Park before he was released by the club as a teenager.

After spells with Livingston, Middlesbrough and Bradford he’s matured as a player and returned to Rangers under Mark Warburton last summer.

Now he says he’s ready to play in the cauldron-like atmosphere at Hampden on Sunday.

“I’ve dreamed of this because this is what you want to be as a footballer, you want to play in these massive occasions.

“It’s a spectacle that is watched worldwide. Unfortunately, we’ve not been able to see too many of these games in the last four years, but it’s a big occasion and I’m sure it’s one that all the boys in the changing room will enjoy.”