By Peter MartinApril 9, 2016No Comments 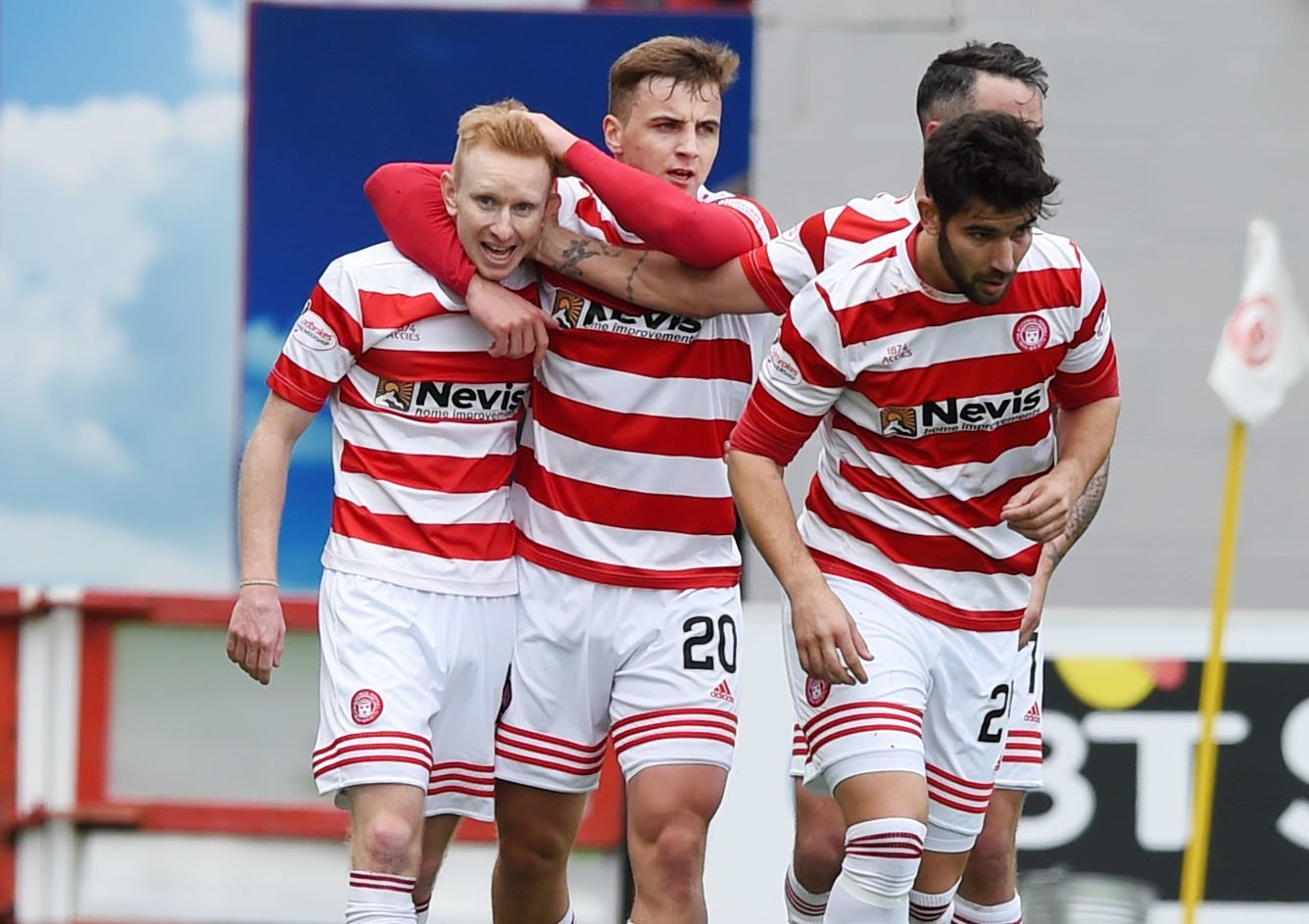 Hamilton flew out of the traps and totally dominated the fist 45 minutes and had various good chances before they took the lead on 30 minutes.

That breakthrough came after a floated Darian Mackinnon cross from the left hand side was headed back to the penalty spot by Ziggy Gordon to the waiting Ali Crawford who drilled the ball beyond Scott Bain in the visitors’ goal.

Ten minutes later and that lead was doubled when Dundee defender Etxabeguren fouled Eamon Brophy in the box after the diminutive Accies striker had turned him on the touch line – resulting in referee John Beaton pointing to the penalty spot.

Jesus Garcia Tena was the player who took the responsibility and smashed the ball into the net from the spot – giving Scott Bain no chance.

Right on half time Ali Crawford was denied a third goal with Bain clawing the ball out of the top corner after the midfielder connected strongly with a Ziggy Gordon cross with his head.

Paul Hartley knew he had to make changes at half time to get his team back into the game end it was Gary Harkins who was asked to come off the bench to salvage something for the dark blues.

It was indeed the talismanic midfielder who grabbed a goal back on 63 minutes when he connected with a Kane Hemmings centre to side foot the ball into the Accies’ net.

Eight minutes later Thomas Konrad had a terrific chance to get Dundee level but his header was saved by McGovern who palmed the ball away.

Dundee huffed and puffed for the remainder of the game without asking enough questions of the Accies’ defence who coped comfortably until the final whistle.

Martin Canning was understandably delighted with the result while Paul Hartley was despondent as his players had their destiny in their own hands coming into this game.