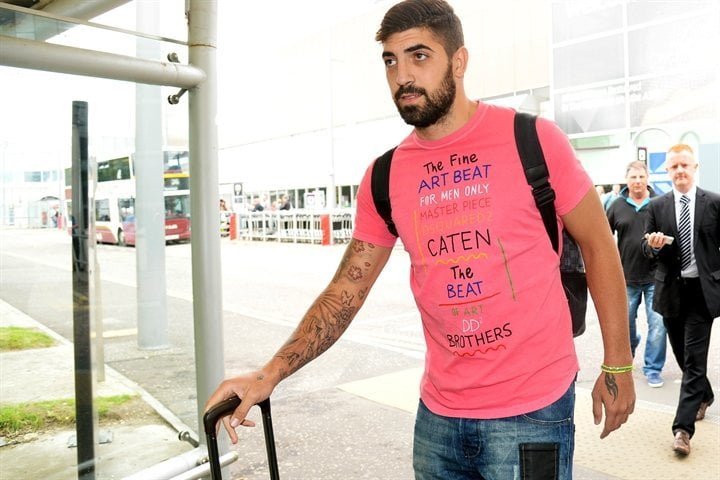 Hearts have completed the signing of Spanish striker Juanma Delgado on a three-year deal, the club have announced.

Head coach Robbie Neilson continues to bolster his squad for their assault on the Scottish Premiership next season with the 24-year-old joining Polish defender Blazej Augustyn and former Queen of the South striker Gavin Reilly at Tynecastle.

And having secured Juanma’s release from Greek Super League side Kalloni, Neilson spoke of his delight at landing the forward.

“I’m delighted to get him. We spent a lot of time over the summer speaking to Juanma and meeting him. I’m pleased to get it done,” he told the club’s official website.

“We thought it was going to get done a few weeks ago and we had some issues with the contractual situation in Greece, but we finally got it over the line. Craig and Clive, Juanma’s agent, did a lot of work on it.

“He’ll be a big asset for us. He brings physicality and he’ll hopefully bring goals as well. He ‘s a good player, technically very good, great in the air, and has good link-up play. And he’s a great character, so I’m pleased to get him.”

He said: “I’m very happy to be here and very anxious to get started! I can’t wait to get the season underway and work hard.

“The facilities are great. It’s a big club and I can see that now. I’ve been particularly impressed by the family feeling at the club and that was apparent from the moment that I arrived.

“I want to contribute as much as possible to the team and score goals. I try not to speak about my own strong points, that’s for other people to judge. But I’m 100% with the staff and players here and I’ll give them everything that they demand of me.“