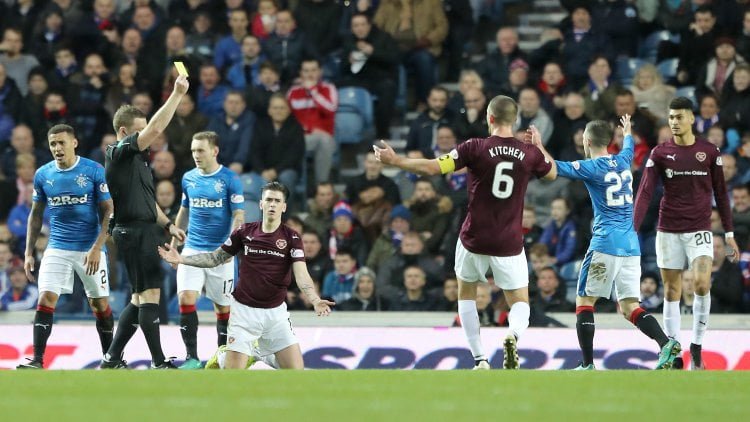 Posted at 10:27h in Uncategorized by PLZ Team 0 Comments
0 Likes

Hearts will appeal the booking issued to Jamie Walker for diving during Saturday’s defeat to Rangers, the Jambos have confirmed.

The 23-year-old was issued with a yellow card by referee John Beaton following a first-half collision with former Tynecastle team-mate Jason Holt.

A spokesman for the Gorgie outfit has now told Press Association Sport that new boss Ian Cathro “will be submitting an appeal”.

Walker has already served a two-match ban this season after conning the same referee Beaton into handing him a penalty during the Jambos’ opening day clash with Celtic.

That August incident sparked a furious response from Hoops skipper Scott Brown, who labelled his opponent a “cheat” after the match.

Brown said: “It is brilliant how well he dives. He is really good at that. He should have been in Rio.

“It was a dive. Cheat. What else can you say?

“The referee came out at half-time and said he got it completely wrong. He made the decision, he hasn’t seen it and the linesman’s not puts his flag up.

“There is no place in football for cheats and that’s been a couple of times here now.”