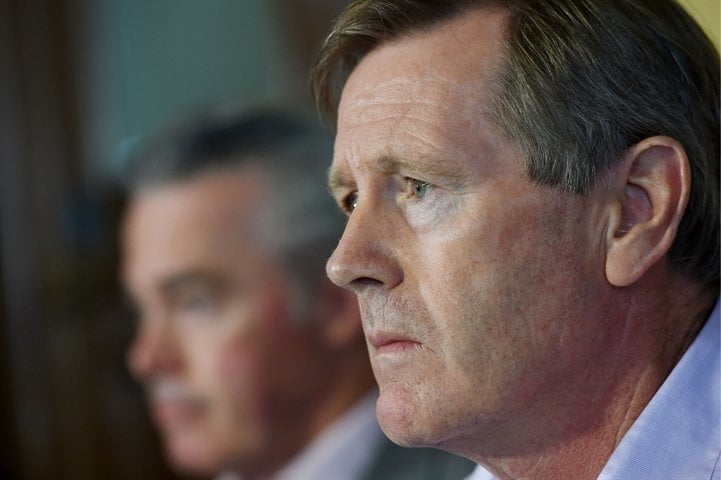 Rangers director Dave King says he expects to invest more than £20 million of his own personal wealth into the club after passing the Scottish FA’s fit and proper person’s test.

The South African-based business man, who will officially become chairman of the club on Friday, said he was always confident he would satisfy the SFA’s criteria.

King touched on a number of issues affecting the Light Blues, including how much he felt was needed to restore Rangers back to the top of Scottish football, the loan agreement with Mike Ashley and a further £1.5m investment in the club from the Three Bears – Douglas Park, George Letham and George Taylor.

Asked how much King would put into the club, he said: “I really don’t have a figure. It is really going to depend on meeting the objectives of the club. I’m not viewing it in that sense. It’s not something that is taxing my mind.

“I’m in a fortunate position where I am able to do it. I’ve already lost £20million. I’m expecting to invest more than that but it’s not to a level that it’s getting attention from my family that their future life is being threatened.”

The Three Bears, who agreed to loan £1.5 million to the club in March, have also reinvested in the club to help with working capital, interim chairman Paul Murray revealed.

Murray also said that the club is fully solvent and there are no issues in this area. However, Rangers still owe Newcastle United owner Mike Ashley £5m after he loaned the club the cash in January.

Ashley owns nearly 9% of Rangers and has called a General Meeting after the club were delisted from the stock exchange in April and is demanding his loan is paid back.

However, King says they won’t treat the loan as an isolated issue and will look at the relationship with Ashley and his company Sports Direct as a whole.

“Yes I do expect the meeting to go ahead but the shareholders can’t vote to pay the loan back,” he said.

“The general meeting is a bit of a nonsense in that sense because the shareholders can’t tell the board how to behave. The board will make a decision in the best interests of the club.

“That general meeting will go ahead but as far as that specific resolution, I regard that as being a non-event.

“If the shareholders say they think the money should be repaid, it is certainly something the directors should think about but there is no obligation to do so.”

King added: “I would agree our relationship with Sports Direct and Mike Ashley is not great and it has to be dealt with. But I don’t think it is terrible either.

“The Mike Ashley situation is very different from some of the other history of the club. You have got a man who is a businessman. He has been very, very aggressive.

“He has managed to put in place a deal which is very favourable to him. But it is our job to see that the club’s interests are protected. But it’s a commercial relationship. It’s really just business.”