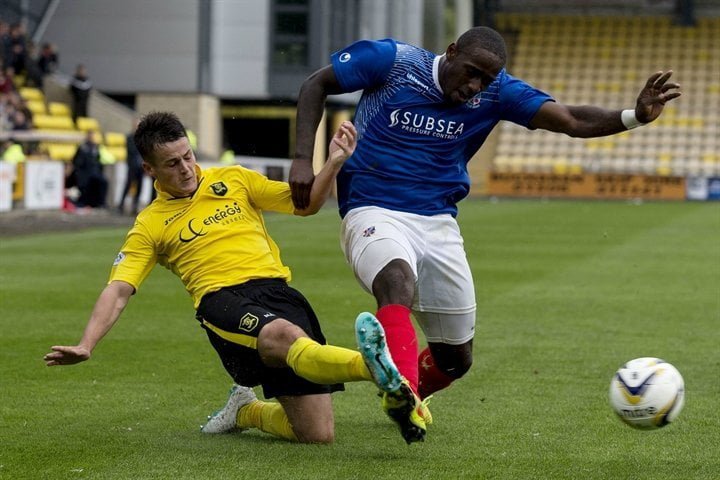 The 23-year-old joins the club on a one-year deal with the option of a second, however, one man leaving the Highlanders is striker Edward Ofere.

“It’s great to be joining a club who has been successful recently. The step up to this level will be a challenge, but I’m ready to take it,” he said.

“I don’t expect to go straight into the team. It’s like when you go to any new club, you have to earn that right, but I am here to work hard and play my part.”

Scottish Cup-winning manager John Hughes who had been monitoring the player for some time said: “Nat will be a great addition for the club. He is a big strong lad with good speed and agility.

“He is joining a great club at a fantastic time and we look forward to him developing in to a regular first team player. He is stepping up a few levels, but we know he is well capable of doing so.”

Caley Thistle chairman Kenny Cameron said: “It’s good to be able to announce the first of our summer signings ahead of the players returning to training next week and we welcome Nat to Inverness.

“It’s pleasing to have kept the nucleus of the squad together and we thank those moving on for the part they have played whilst here.”

Nigerian forward Ofere who helped guide the club to Scottish Cup success won’t be at the Highlanders next season after they were unable to agree terms but the club are hopeful of securing another “three or four players in the very near future”.

Cameron added: “We had extensive discussions with Edward Ofere’s agent; however we’ve been unable to secure the striker’s services for next season.

“Nick Ross has also had a very good offer and discussions continue as we look to keep him in Inverness.

“John has a number of targets in mind and we are confident of adding another three or four faces to the squad in the very near future.”