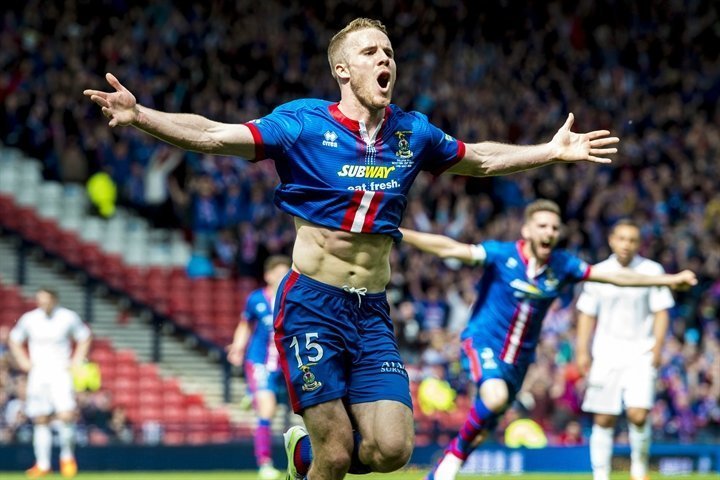 The Welsh winger scored one and assisted the other as the Highlanders landed the Scottish Cup for the first time in their history after a 2-1 victory over Falkirk.

Watkins has had an impressive season, with nine goals and had attracted interest from Aberdeen and Hearts but has elected to join Lee Johnson’s men.

The 24-year-old told Barnsley’s official club website: “I’m delighted,” said Watkins. “I had a good, positive meeting with Lee Johnson and I was really impressed with what he had to say and where he wants to go.

“I’m excited to be a part of it. “It was awesome to score in a final,” he added. “It was a great way to end and I hold Inverness close to my heart.

“I just want to come to England and prove myself down here then aims high as possible. I want to be a success with Barnsley.”