It will be ‘diffiicult’ to keep my place, says McGregor 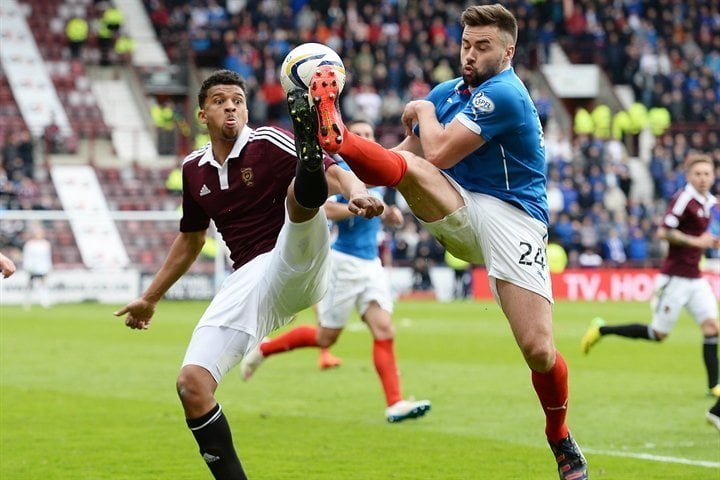 Darren McGregor admits he has a battle on his hands to keep his place in the Rangers team next season.

The defender was a permanent fixture in last season’s side that missed out on Premiership promotion but it’s all change at Ibrox this summer.

Mark Warburton is the new manager after succeeding Stuart McCall in June and he has already began to put his stamp on the side.

The former Brentford boss has signed central defenders Danny Wilson and Rob Kiernan following the release of 11 players earlier this month and more players are expected to arrive.

It’s further competition for centre-back McGregor and he concedes he faces a challenge to keep his place in the starting XI.

“I was reading the papers hoping it was going to be midfielders and forwards but all our signings have so far been defenders,” McGregor said.

“But to be honest at a big club like Rangers you can’t expect players not to come in. If that stops then there are problems.

“I played against Danny when he was at Hearts and he’s very good technically as well as a good defender.

“The big boy Kiernan looks very good in training too.

“I was asked last season if I was worried about competition but I played 50 games, so I just work hard and hope the attitude I show in training gives me a shot at playing.

“But I know it will be difficult because the boys look quality.”