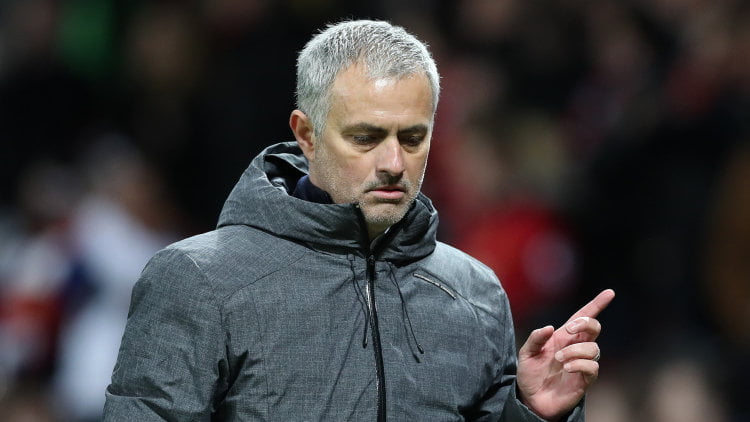 Manchester United manager Jose Mourinho wants to stay at the club for “many years”.

The Portuguese boss is in his first season at Old Trafford and has his side battling for Champions League qualification – either through finishing in the top four or more likely winning the Europa League – while already securing the League Cup and Community Shield.

He is charged with bringing back the level of success that has been missing since Sir Alex Ferguson left in 2014 and if he can manage that then he predicts a lengthy stay at club.

“(A minimum of) Three years, I think I will be here, I think the club understood the necessity to give stability to all levels,” Mourinho said in an interview with Portuguese TV channel SIC, which has been published in a number of national newspapers.

“I believe if we do that, even without a massive success, which is harder in football, even more so in England, but with some type of success, I see myself staying here if they want me to stay.

“I need to have true success, my life is like that, I need that pride and happiness. In all honesty, I would like things to go well and be here many years.”

United have been the dominant force of the Premier League era, winning 13 titles and two Champions League, but in recent times they have falling down the pecking order and Mourinho reckons they were blind sided by other clubs.

“I think the club got so used to winning and having success, maybe they didn’t realise other clubs were growing, even when Sir Alex was in his last years at the club,” he added.

“The Premier League were creating conditions for the other clubs to become financially powerful and that has definitely transformed the league.

“Nowadays all clubs have grown and with TV rights being shared, it’s almost unique in European football.

“It has allowed that difference in power to be slowly diluted, in a way that Manchester United stopped being the all-powerful Manchester United, and became part of a group of five, six, seven very powerful clubs. They are followed by other clubs, less powerful, but not poor clubs.

“United had a bit of everything happening at the same time. The exit of Sir Alex, unique and more than just a manager, the change of powers in the Premier League and a period of instability at Old Trafford; three managers in three years if you count Ryan Giggs. It was a period of some instability, disbelief and even distance with the fans.”

Mourinho famously called himself the ‘Special One’ when he first joined Chelsea in 2004 and now he complains of receiving special treatment, again taking a swipe at apparent inconsistencies between punishments for him and other managers – notably Arsene Wenger.

“I’m still a very happy man, capable of being emotional with a special victory. In that aspect I continue to be the same but I also understand with experience that I continue to be looked at with different eyes,” he said.

“I was banned from entering a stadium, where my team was playing, not even with a purchased ticket. This year I was sent off for kicking a plastic bottle, another coach for pushing a ref, nothing happens.

“I started to understand that there are powers that you cannot fight against. This is also a life lesson, an unfair lesson, but nevertheless a life lesson.”

The interview gave an insight into life behind the scenes at the club’s Carrington training ground and revealed that Mourinho keeps an exercise bike by his desk in his office.

However, the equipment only ever gets used when United have won.

“I have a bike just to fool people, it’s just there for decoration. I only pedal when I’m happy, when we win. When we don’t win, I don’t pedal,” Mourinho said.