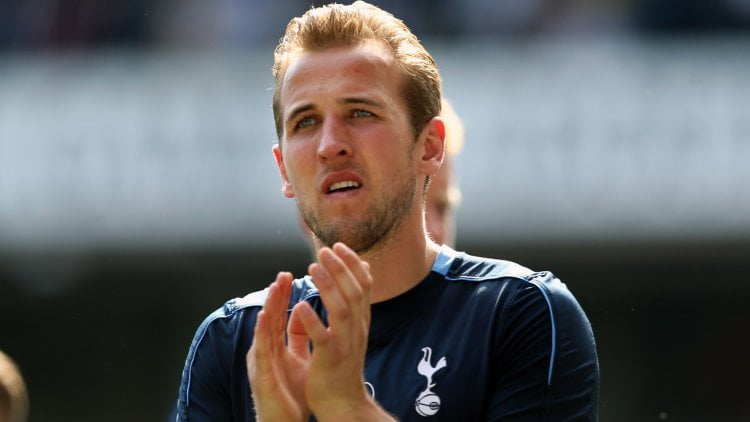 Harry Kane believes he proved plenty of people wrong after the England forward finished the season as the Barclays Premier League’s top goalscorer.

Kane netted 25 goals to end the campaign one ahead of Manchester City’s Sergio Aguero and Leicester forward Jamie Vardy.

Although not enough to propel Mauricio Pochettino’s men to the title, with Spurs eventually third following a dip in form over the final four matches and losing 5-1 at relegated Newcastle, Kane feels there were plenty of reasons to reflect on a positive season.

“As a striker there aren’t many individual awards you can win and this one shows you’ve had a good season throughout the whole campaign, that you’ve been a consistent performer,” Kane said, quoted on Tottenham’s official website.

“I’m really happy to have won it, especially in only my second full season in the Premier League. To finish second in the scoring charts last year and follow that up by winning it this year is something I’m very proud of.

“Even early on this season when I hadn’t scored for a few games I was getting some criticism, so to then go on and win the Golden Boot shows I’ve had a great season.

“It’s very pleasing for me to be able to answer those critics, but anyway I just concentrate on my own game, I know what I’m capable of and I’ve kept my confidence throughout.

“I have to give a big thanks to the team, the staff and everyone at the club because without them I wouldn’t be able to achieve personal accolades like this.”