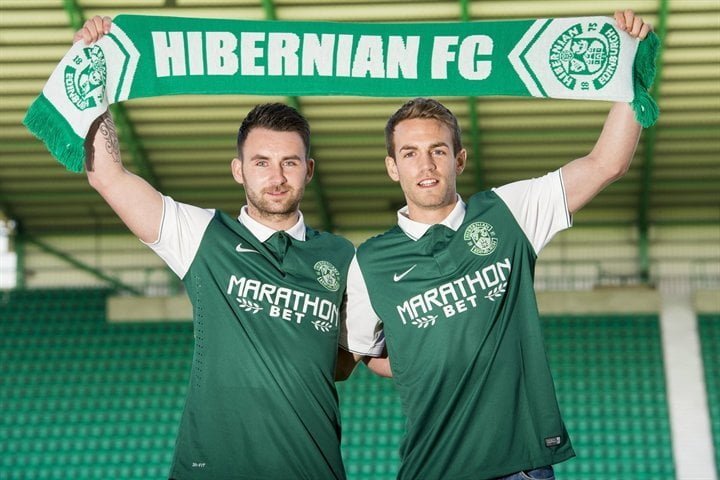 New Hibernian signing James Keatings has revealed he snubbed Premiership outfit Kilmarnock to join the club because of what he believes Alan Stubbs can do for his career.

The striker was part of the Championship-winning Hearts outfit which romped to the title this season but the 23-year-old was deemed surplus to requirements at Tynecastle.

The move may raise a few eyebrows as he crosses the Edinburgh divide now though Keatings is desperate to get back on track at Easter Road.

“At the end of last week I was ready to sign for Kilmarnock but I got a phone call saying Hibs were interested and wanted to sort out a deal with me.

“I spoke to the manager Alan Stubbs and he had a lot of good things to say to turn my head which made me want to move across the city.

“You look what he’s done for Scotty Allan and Dylan McGeouch, whom I used to play with. He’s made an improvement to those players, and in my mind it was a move which could further my career.

“My time was limited near the end of the season at Hearts. People got back from injury and I never got a sniff after that, it was 15 minutes here or there and I thought I was a lot better than that.

“I showed I was a winner on the pitch when I was scoring goals. I was doing a job for the team and I thought I deserved a wee bit more than that.

“My ambition now is to get Hibs into the Premiership. I always try to score goals, create chances and help my team-mates. Last season Rangers were favourites and I’m sure they will be down to be favourites again and it will be down to us to go out there and prove everybody wrong.

“It’s going to be tight, it always is. I’m sure we’ll have team ready that is going to compete for the title.”