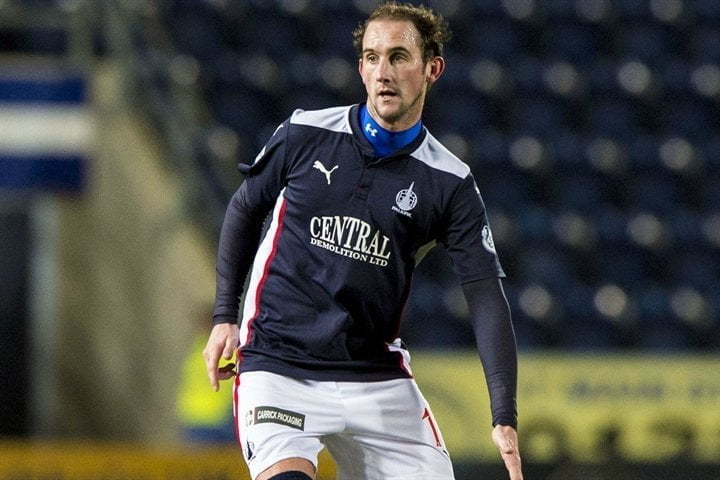 Mark Kerr says Falkirk would be in the Scottish Premiership play-offs at the expense of Queen of the South if it had not been for Rory Loy’s injury.

The striker, who is set to join Dundee in the summer, has been sidelined since the March 6 with an ankle injury he picked up against Queens.

Since then Falkirk have struggled for goals and suffered defeats to Livingston and Dumbarton which killed off their promotion hopes.

Kerr insists that if the 27-year-old has been available then the Bairns would still be in with a chance of going up.

“I do definitely,” he told Peter and Roughie’s Football Show. “We lost to Livingston and Dumbarton and those were games where we felt we could go on a run and cement ourselves in the play-offs.

“Queens had Hearts, Hibs and Rangers to play and they took the points, and we struggled with 1-0 wins up till then.

“The goals dried up and I think him and Bairdy had developed a perfect partnership and to lose him was a big loss to the team.

“We’re as good as anybody that has got into the play-offs but as the gaffer said losing Rory Loy has affected us.”

The Bairns’ season is not over as they secured their place in the Scottish Cup final – their first one since 2009.

Kerr though is cup-tied having played for Queen of the South – before his move to Falkirk – against Brora Rangers which he admits is “hard to take”.

For the full interview with the midfielder click here