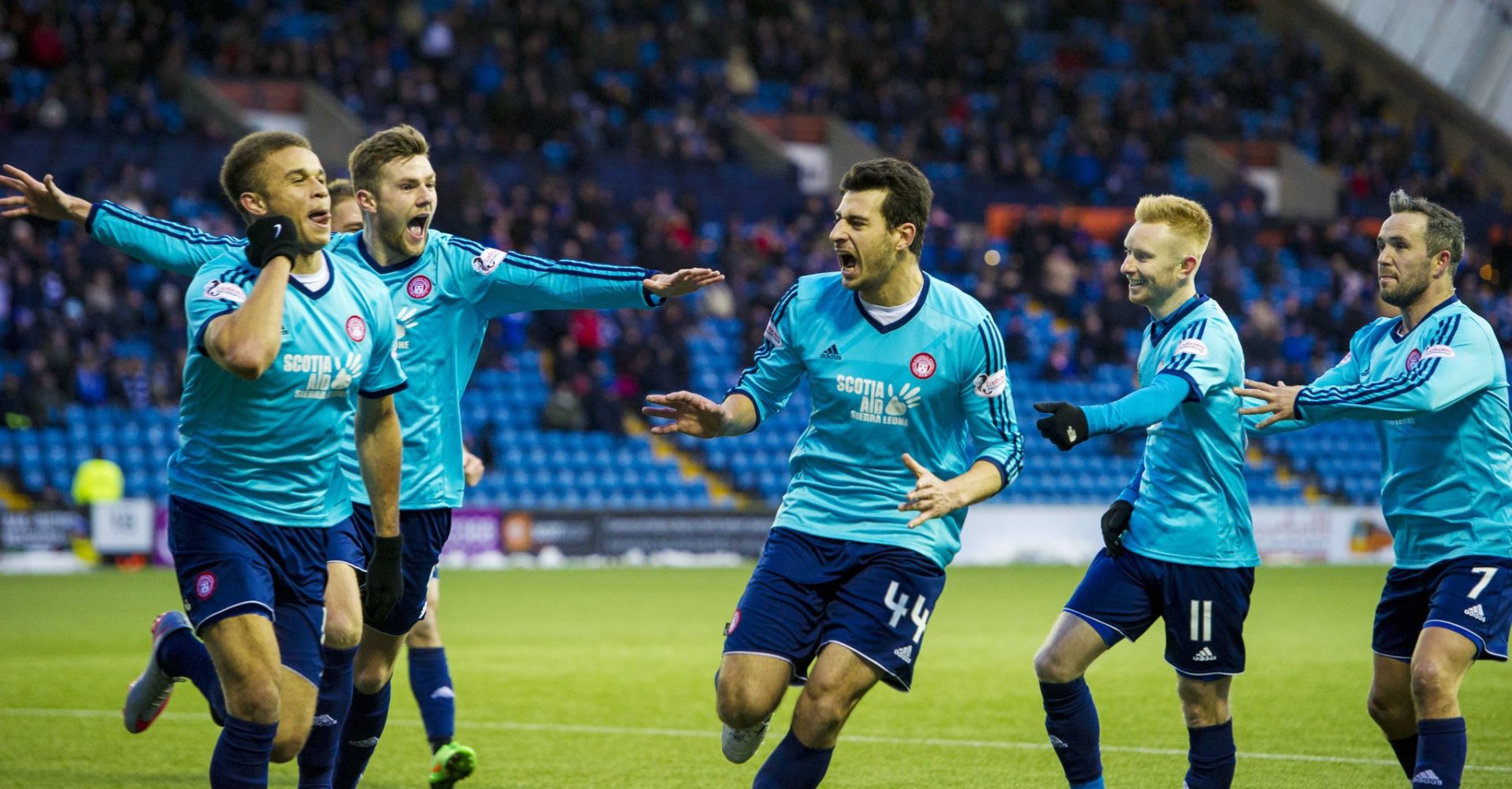 Carlton Morris was the hero for Hamilton with a headed winner that saw them jump up to 8th in the Premiership table.

It was a scrappy game devoid of any real quality but Accies won’t care as they recorded their first win in nine attempts.

The first half was forgettable, the only flashpoint was an Ali Crawford chance on 17 minutes when he managed to loft the ball over Jamie MacDonald and wide when clean through on goal.

Accies dominated proceedings in the second period and were rewarded in the 70th minute when Morris headed home a Crawford corner.

Killie struggled to really test Michael McGovern, the closest they came was a Kris Boyd free-kick that struck the crossbar midway through the second half.

The Lanarkshire side should’ve doubled their advantage in the closing stages when Dougie Imrie managed to blaze the ball over the bar after Alex D’Acol laid the ball on a plate.

“With a little bit of composure near the end we could’ve made it more comfortable for ourselves.

“I thought the back three were excellent, the two wing-backs done great and the work-rate across the four in the middle gave us a platform to go on and win the game.”

Meanwhile, Kilmarnock manager Gary Locke could understand the fans frustrations, with many booing at full-time.

“You’re going to get criticism when you’re in the position we’re in, I’m not going to shirk away from it.

“I’d rather I get it than the players because there’s one or two of them lacking a little bit of confidence but the only way you can get through that is by digging in and working hard.”