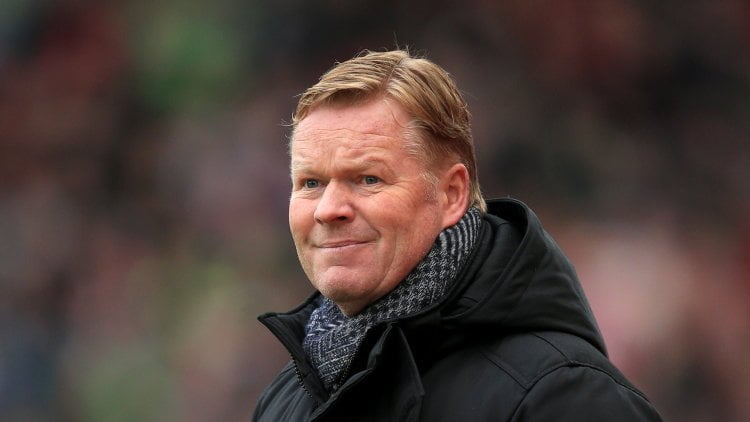 Ronald Koeman believes Southampton can make a late dash for Champions League qualification but says they must win their next two away matches.

Southampton travel to Everton on Saturday before a trip to struggling Aston Villa a week later and six points could fire Koeman’s side back into contention for the top four.

Saints currently sit seventh in the table and seven points behind Manchester City, who also have a game in hand, but recent form would suggest fourth place is no quite out of reach.

Only defeat to Leicester has prevented them taking maximum points from their last four matches and Koeman believes the next two games could prove pivotal.

“It’s true we have stayed close to them (the top four) but if we show a better away form then we can do it,” Koeman said.

“That’s the difference between our home games and our away games. We need to improve. If we can win both our away games we will have a good end of the season for sure.”

“He needs game time to get to his level and he is very frustrated. That is normal, he is new at the club and he wants to show his quality.

“Every time he gets an injury it is a step back and it makes it difficult.”