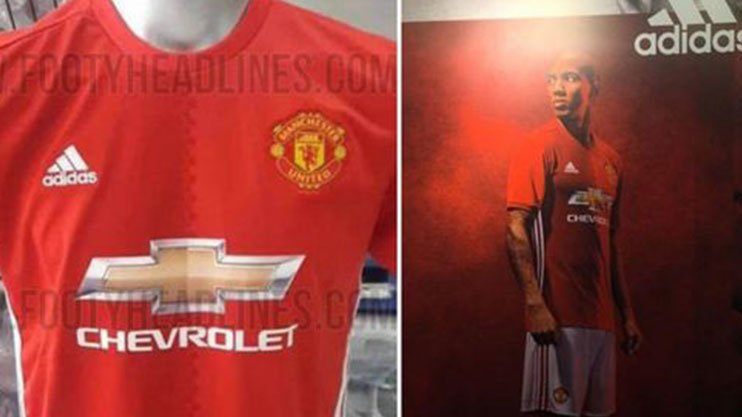 The new 2016/2017 Manchester United shirt has been leaked online and it’s been getting mixed reviews from the Old Trafford fans.

The shirt uses two shades of red on either side, which is split in the middle with a zip-like design, with the traditional Adidas stripes down each side.

@TotallyMUFC Not bad. Chevrolet logo is fkn too big however…

@TotallyMUFC not keen on the two tone red and the weird but where they join. I do like the stripes under the arms on the sides though.

Rumours have suggested the shirt is already being sold in Hong Kong, as seen in the picture above, however it’s unclear if that is merely a copy.