Leicester star: I could have kissed Hazard! 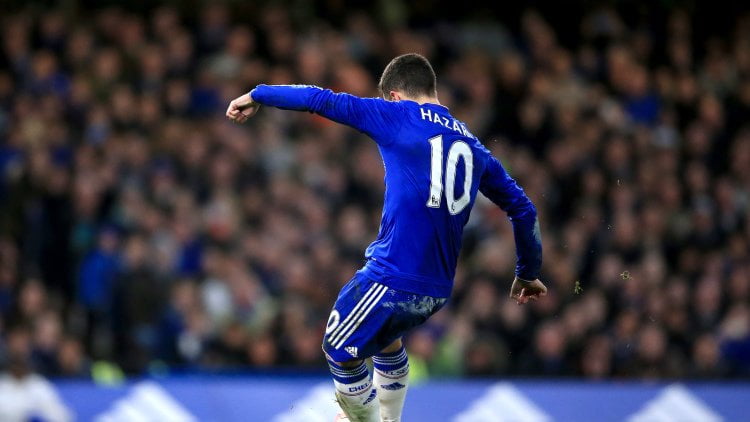 Christian Fuchs has admitted he could have kissed Eden Hazard after his Chelsea equaliser against Spurs handed Leicester City the title.

Chelsea were trailing 2-0 but fought back to earn a point which was enough for Claudio Ranieri’s men to clinch the Premier League trophy on Monday.

Hazard’s strike was his first of the season but he could hardly have scored a more important goal from Fuchs’ point of view, who was celebrating along with the rest of his Leicester team-mates in Jamie Vardy’s house.

“The goal from Hazard, he played great – I could kiss him after that goal!” the defender said to talkSPORT.

“It was an outstanding moment when the final whistle blew and – oh my god, it was insane! We were watching it as a team at Jamie Vardy’s house and I must admit I couldn’t sit still, I didn’t know whether to sit or stand!

“It was an exciting game and even with Tottenham 2-0 up I still believed something was possible.”