Maloney: ‘Special’ Ireland goal will mean nothing if we don’t qualify 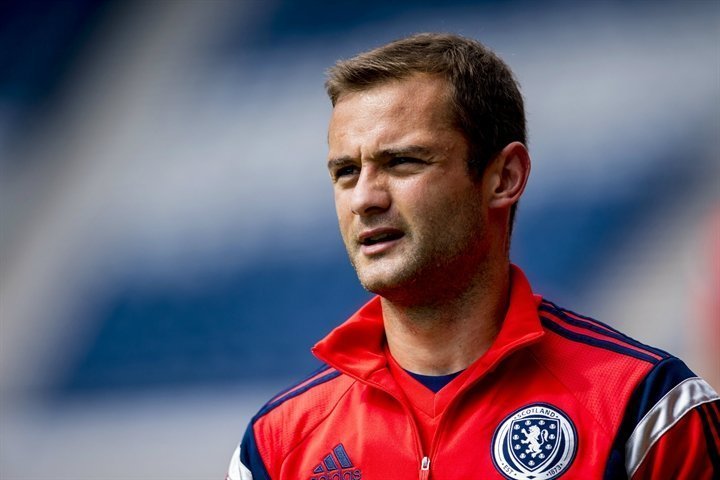 Scotland star Shaun Maloney admits his strike against Republic of Ireland was special, but says it won’t mean anything unless they qualify for Euro 2016.

With the scores level at 0-0 and time ticking towards the end, a clever free kick routine worked off the training ground provided the elusive opener to not only spark wild scenes of celebration at Celtic Park, but also to ignite Scotland’s chances of qualifying for a major tournament for the first time in 18 years.

The Scots followed up that win over Ireland with victory over Gibraltar and they head to Dublin on Saturday to commence battle again full of confidence and two points ahead of Martin O’Neill’s men but Maloney doesn’t believe the Irish will be caught out with a set-piece like that again.

“Yeah, the game brings back memories of that match and I think it will be a similar match but I can’t see a set-piece like that happening again,” he said.

“It was a special moment for the team and myself but I’m hoping there’s going to be more [of those] and a positive end to the qualifying campaign.

“I haven’t watched it again since then but I hope that it means something come the end of the group.

“We’d take any of our players to score the winner in Saturday’s game. It’s such an important match for both sides, particularly the home side.

“It doesn’t matter how you score whether you play brilliantly as a team or you’re solid and you get a set-piece goal then we’d take either.”

It’s exactly 17 years ago to the day that Scotland kicked off their last involvement in a major tournament at World Cup 98 against the then world champions Brazil.

And what are Maloney’s memories of that day?

“I would’ve been in Aberdeen watching it at mine or one of my friend’s. I always remember them turning up in their kilts. That’s the memory I have of that match.

“I think for everyone involved the players, coaches, staff, the media and fans 98′ feels so long ago. It would be a huge occasion for us to make these Championships I think that’s why everyone feels so positive.

“We started so well in previous campaigns but we’d be out of it now. I think with the start we’ve had we’ve given ourselves a chance. The next four or five games we’ll have to play as well as we started and if we do we’ll make it.”

Maloney, 32, is desperate to end Scotland’s absence from a major tournament because it might be his last chance to reach one himself and he believes they’ve never been in a stronger position to end the slump.

“I don’t know if it’s our best chance but it’s probably the best that we’ve started a group. I think we got pretty close under George Burley. I think we came within a couple of points of making the play-offs [for World Cup 2010] in that particular group.

“I think you feel every qualifying group could be your last. I think I’ve felt that numerous times just purely on the basis that I don’t think you can take it for granted and we’re just all very hopeful and looking forward to the next few games and hopefully qualifying for the Euros.

He added: “I think the last couple of years have been a big turnaround. The manager and his coaches should take a lot of credit for that and also the players.

“He trains us very hard but the players are very intense every day at training. It’s moments like that Ireland game that make all that hard work pay off. It’s these moments that we train hard and what we’re here for.”