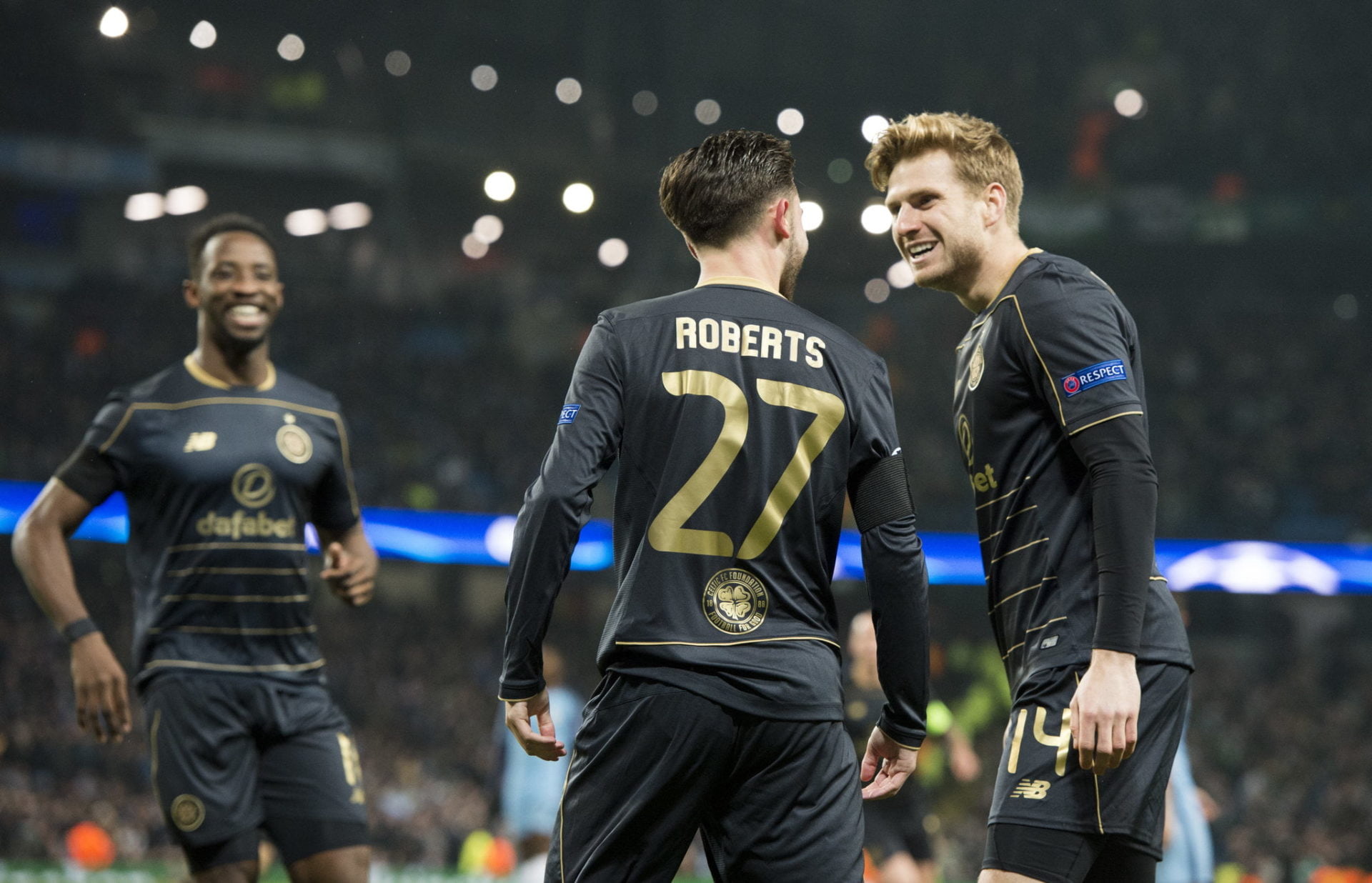 Posted at 22:11h in Uncategorized by Peter Martin 0 Comments
0 Likes

Patrick Roberts scored against his parent club as Celtic held Manchester City to a 1-1 draw in their final Champions League Group C game.

The 19-year-old, on loan to the Scottish champions from City, struck after just four minutes at the Etihad Stadium.

City responded quickly with a Kelechi Iheanacho equaliser in what proved a compelling first half but the pace dropped as the sides went through the motions after the break.

With City already qualified as group runners-up and unable to take top spot, and Celtic destined to finish bottom, that was understandable.

Yet Celtic, who made just the one change compared to City’s nine, started as if determined to treat their final European outing of the season as more than a dead rubber.

They troubled City’s back three of experienced full-backs Gael Clichy and Bacary Sagna and youngster Tosin Adarabioyo in the early stages.

The hosts were sloppy in possession and Roberts took full advantage when he pounced on poor distribution from Willy Caballero to slalom into the area and fire past the back-up goalkeeper.

It was a sweet moment for the teenager, who joined City in an £11million deal last year but then moved to Celtic on an 18-month loan in February having barely registered on the first-team radar.

His goal provided the spark for a compelling first half, with City rousing themselves almost immediately.

City equalised just four minutes later as Iheanacho, who looks set for a run in the side with Sergio Aguero due to serve a ban, raced onto a ball from Nolito and rifled home.

The 20-year-old Nigerian might have had a second moments later but shot wide after a break by Pablo Zabaleta, who was impressive in an unfamiliar midfield role.

Iheanacho forced a save from Craig Gordon with a neat back flick and Nolito’s follow-up effort was blocked by Emilio Izaguirre.

Celtic had another chance when Moussa Dembele shot into the side-netting after Caballero saved his initial attempt.

The Hoops might also have had a penalty before the interval when Clichy appeared to pull back Roberts but nothing was given.

The pace of the second half did not match that of the first as both sides eased up.

Celtic enjoyed a good spell of possession and eventually created an opportunity for substitute Gary Mackay-Steven but his curling shot was claimed by Caballero.

City burst back into life with a quick break that saw Nolito turn in a Jesus Navas cross but he was marginally offside.

Leigh Griffiths missed a chance to put Celtic ahead after Fernando was dispossessed 12 minutes from time but guided his shot wide.

Mackay-Steven also had another opportunity but Caballero again saved while Leroy Sane curled a free-kick wide at the other end.

Sane, who became influential in the latter stages after a mostly quiet game, wanted a penalty late on when his cross struck Jozo Simunovic’s hand but, after some thought, referee Slavko Vincic gave a a corner.