McCall: Season ticket holders should be allowed in for free 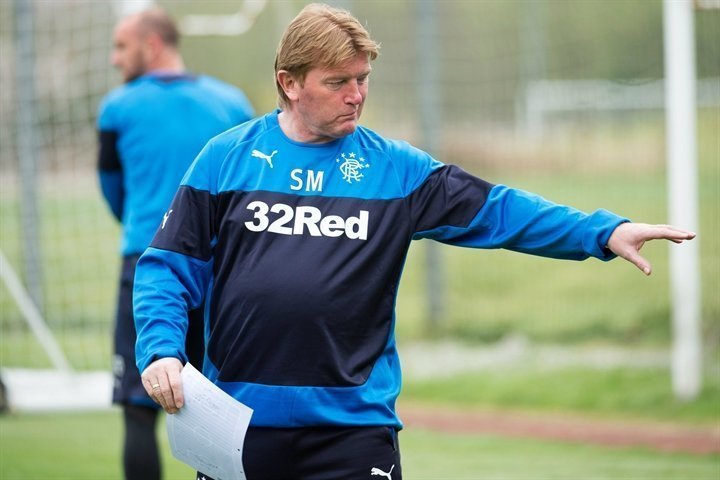 Rangers boss Stuart McCall believes it is right that supporters are allowed in with their season tickets for the play-off games amid a ticket row with the SPFL.

The football league’s governing body has rules which prohibit clubs to enable fans from using their season tickets in the play-off games as 50 per cent of the gate receipts of the play-off games go back to the SPFL to share with the remaining member clubs.

However, the Light Blues have already stated that they intend to let season ticket holders in for free after Hibs were allowed to in last year’s play-off final.

The SPFL have yet to respond but Hibs and Motherwell also plan to let ticket holders in for free though Queen of the South say they can’t afford to.

McCall agrees it is the right course of action to let fans use their season tickets for these games.

“I don’t know if they are any definites yet but I’m led to believe Hibs did it last season which has probably set a precedent.

“They are classifying the play-offs as league games so I think they should be allowed in without a doubt and that goes for all clubs in the play-offs.

Rangers are on course to finish third in the Championship which McCall says won’t have a major impact on whether they are promoted, but he does believe a full house at Ibrox could be an advantage in the play-offs especially after their comeback against Falkirk last weekend.

Although McCall admitted last week he was “sickened” by boos of captain Lee McCulloch he was pleased with the fans’ response thereafter and he says they have a major part to play in the rest of the season.

“Having a full Ibrox would be massive. The booing has been mentioned but what happened over a couple minutes – and I think the only reason we came back and got a point – was that the fans changed the booing to the clapping and you could physically see the young ones getting a lift from it.

“I genuinely don’t think we would have got the two goals if that had happened so it shows you the part they can play.”