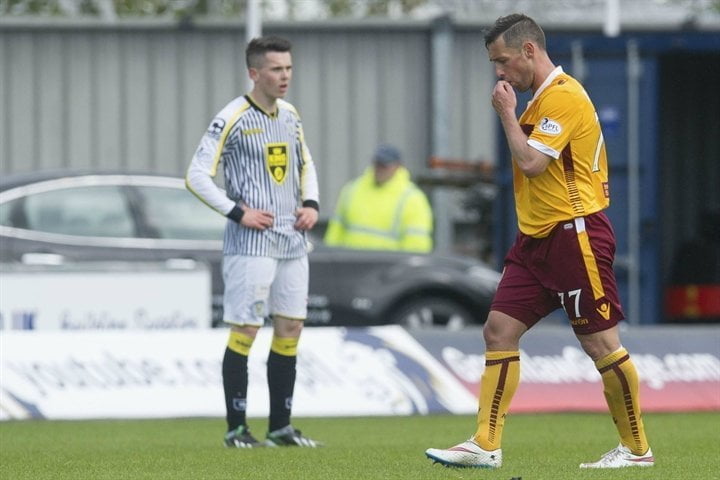 Motherwell striker Scott McDonald has had his suspension quashed by the SFA’s judicial panel and will be now be free to play in the play-offs.

The Australia striker was sent off by referee Brian Colvin for violent conduct after he allegedly elbowed St Mirren midfielder Thomas Reilly.

However, the judicial panel have reduced the foul to a yellow card.

McDonald would have served a two-game ban meaning he would have missed the last Scottish Premiership game against Partick Thistle and the first leg of the play-off final against Hibernian or Rangers.

McDonald told the official club website: “I’ll be honest, I’ve been devastated since it happened. I couldn’t believe the ref brandished the red card, as I genuinely didn’t think I had made any contact.

“The officials made a decision and I was angry with them at the time. I know they’ve only got a split second to make the call but I’m glad they’ve seen it for what it really was.

“All my focus is now on trying everything I can to keep Motherwell in the SPFL Premiership.”