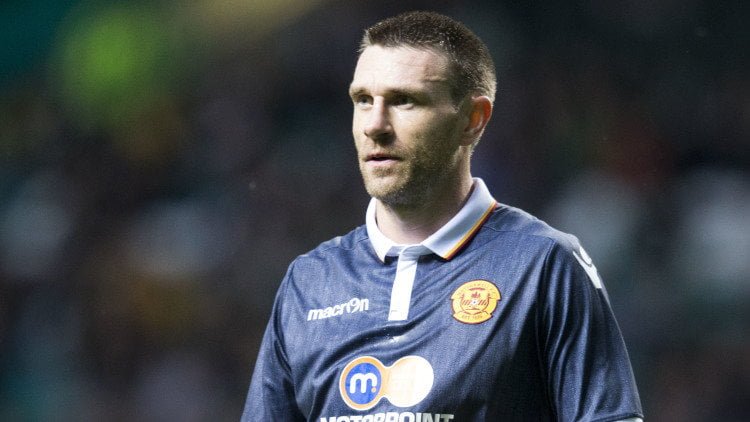 Posted at 23:42h in Uncategorized by Peter Martin 0 Comments
0 Likes

Motherwell defender Stephen McManus has revealed the last-gasp cup defeat at Ibrox was the most painful of his entire career.

The centre-back looked on in horror as his misplaced pass quickly went from the boot of Rangers midfielder Emerson Hyndman through to Kenny Miller who fired into the back of the net to put Rangers 2-1 up in the 89th minute.

Miller had cancelled out Louis Moult’s opener five minutes earlier and McManus found the nature of the fourth-round loss extremely difficult to take.

“When the second goal went in, as soon as the ball left my boot, I could see it happening that they were going to score,” the former Celtic, Middlesbrough and Scotland player said.

“And at that point in the game it was difficult. That’s probably the first time in my career I can remember something like that.

“We were absolutely devastated as a group. That’s probably the worst I have ever felt in my full career after a game.

“Saturday was tough, Saturday night was tough, Sunday was tough, so it was good to come back into work on Monday and get back to training. It was a big, big thing to get back on the pitch, get back training with the boys and get in amongst it.

McManus claimed the mental strength of footballers was often underestimated and he vowed to get the mistake out of his system when Motherwell face Rangers again on Ladbrokes Premiership duty at Fir Park on Saturday.

“The most important thing is you put yourself back in the training pitch on the Monday and back on the pitch on the Saturday and do the things you have always done.”

Manager Mark McGhee was equally downbeat at Ibrox, comparing the feeling to losing promotion play-offs with Wolves and Millwall. And he admitted experience did not make it any easier to get over the disappointment.

“Not really but I am experienced enough to get over it,” the 59-year-old said. “I know it’s not the end of the world and I know there are other games but you just have to be honest in these situations and that was how I felt.

“I was very ambitious about the cup this year, I felt if we could get past that one and get the luck of the draw, then who knows?

“I have said this before, I don’t feel our season has started, it has stalled with internationals, injuries etc. And I saw Saturday as an opportunity to kick on. So all those things went through my head, but I am over it.”