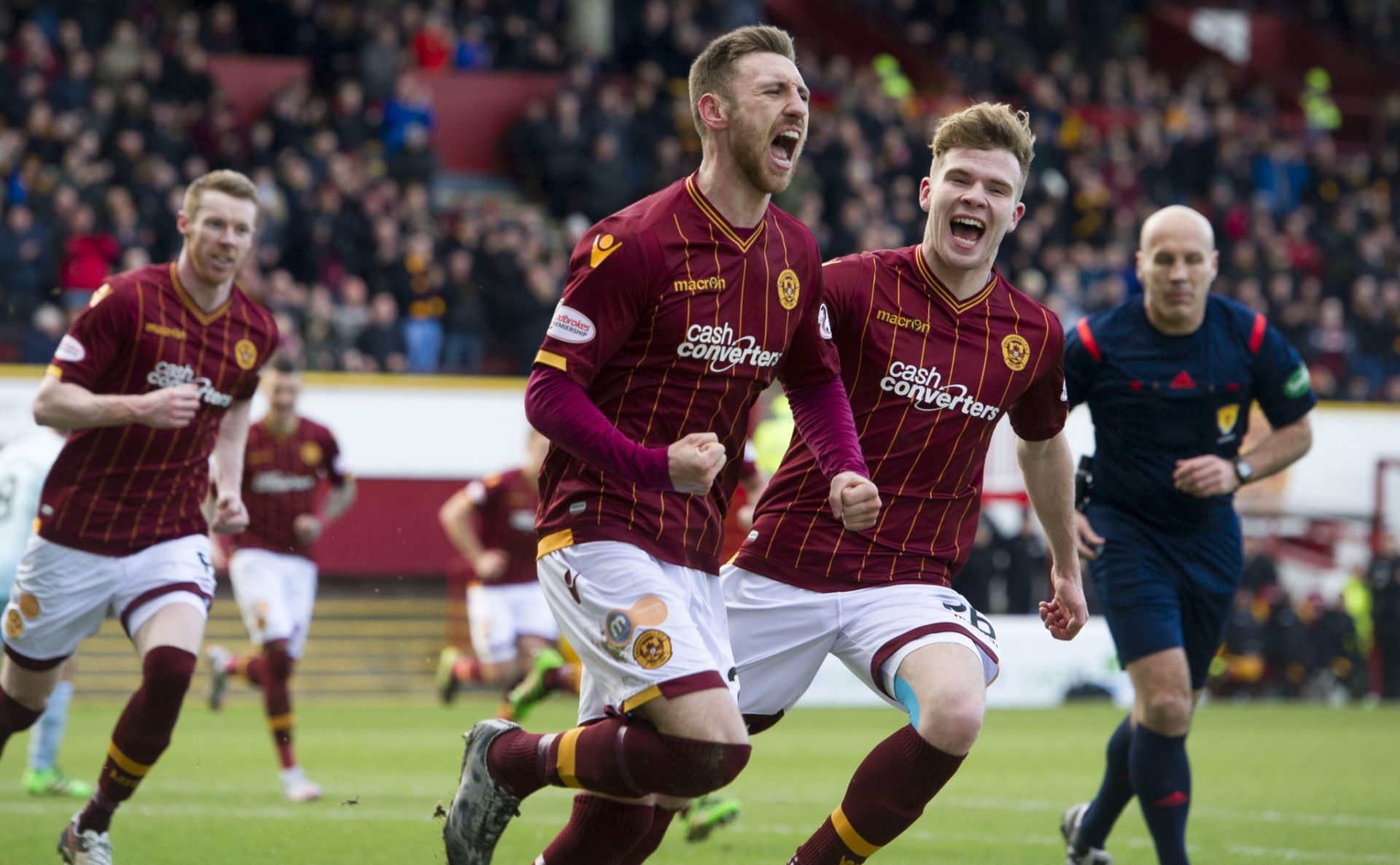 A Louis Moult brace helped Motherwell record their first home win of 2016 in the Scottish Premiership as they beat Partick Thistle 3-1.

The Steelmen’s top scorer converted one in each half before Marvin Johnson secured the points shortly after the hour mark. Callum Booth pulled one back for the visitors but it proved to be nothing more than a consolation.

Moult struck his first of the afternoon from the penalty spot after Aidan Nesbitt, on his second start for Thistle on loan from Celtic, clipped Keith Lasley inside the box.

He added a second seven minutes after the break when he was played in by McDonald after manager Mark McGhee joked he had asked him at half-time when he would score a “real goal”.

Johnson added a third after a good run down the right flank before Booth’s long-range effort managed to find a way through the crowded box and past Connor Ripley.

But it was too little too late for Alan Archibald’s men and the Jags boss accepted it wasn’t their day. “Motherwell were the better side and deserved their win,” he said. “We didn’t really get going, we looked a bit leggy in the first-half especially. We were second to every ball in most departments and the goal came at a bad time.”

Archibald added no blame was being shouldered on Nesbitt for giving away the penalty, saying he was hooked at half-time because he wanted to change the shape of the side.