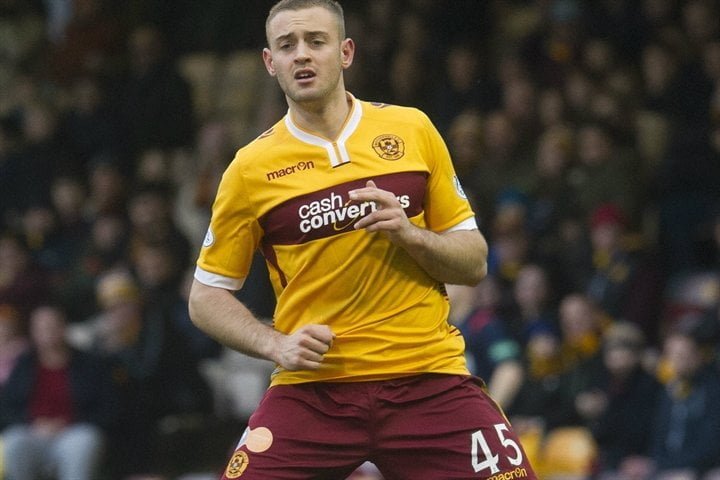 Motherwell have bolstered their attacking options by signing Wrexham striker Louis Moult on a three-year deal, the club have announced.

The 23-year-old hit 16 goals last season in 32 games for the football conference side after starting out in Stoke City’s youth academy.

“I’m delighted to be here and it is a massive step in my career and it wasn’t a move I could turn down,” he told the club’s official website.

“I’m here to score goals and hopefully I can do that. In two seasons I’ve scored 40 goals and I’m going to try and make that 60 in three, or even more if I can.

“I’ve had a look at the side and I know they can play some fantastic attacking football. With the two pacey wingers who like to link up with the frontmen, hopefully that will suit me and I can hit the ground running.”

Motherwell have also confirmed the signing of defender Louis Laing on a two-year deal.

Laing, a former England Youth international, made 15 appearances whilst on loan at the Steelmen from Nottingham Forest last season.

Despite getting off to a shaky start when he was sent off on his debut against St Johnstone, his impressive performances thereafter for the club have earned him a permanent deal at Fir Park.

“I’m delighted and after such an enjoyable last six months of last season, I couldn’t be happier,” he told the club’s official website.

“I’ve got a bit of security for the next two years at a fantastic club with fantastic fans and a fantastic manager.

“I didn’t have a great start last season, getting sent off in the first game, but after that I hit the ground running and it was a really enjoyable experience. I’m delighted to be back.”