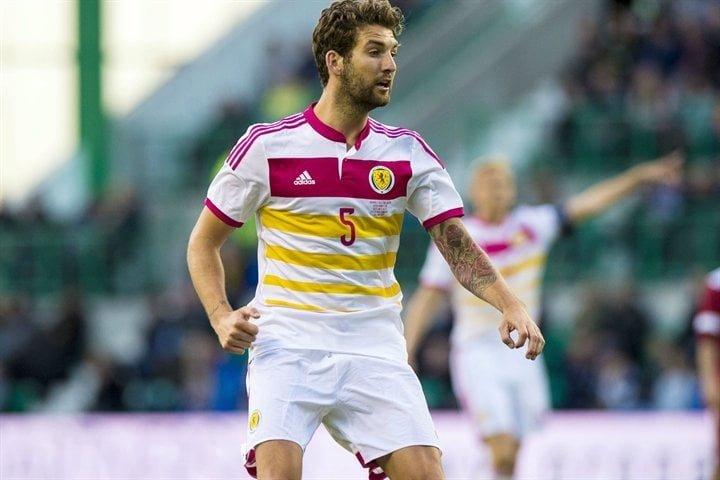 Charlie Mulgrew insists he’s not bothered about where he plays on the park as long as he gets to put on the Scotland jersey.

The versatile Celtic man played the full 90 minutes of Scotland’s friendly against Qatar after a season curtailed by injury.

However, he says he is ready if called upon for the crucial Euro 2016 qualifier against Republic of Ireland on Saturday.

“It was good to get that 90 minutes on Friday night. After being out injured you need to get as much game time as you can get,” he said.

“I’m feeling good and training has been good as well. There is a lot of game-like situations in training, the manager is keen on that so I feel good and every game helps.

“I’m delighted to be back. It was a long five months so it is good to get over that injury.”

The 29-year-old has been deployed in a number of positions for both club and country, including in midfield, full-back and central defence.

But far from being disappointed at being unable to cement his place in one position, Mulgrew believes it’s an advantage.

“I’ve lost count of the amount of times I’ve been asked my favourite position and where I think I will play,” he said.

“I’m just concentrating on doing the best wherever I’m asked to play.

“Of course I’ll play wherever I’m asked to. You’ve seen the competition there is for places and how quality the squad is.

“So to play anywhere would be an honour. I’m ready to play if called upon wherever that may be.

“I look at [being versatile] as being a positive. It gives me more chance to get on the pitch. That’s the way I see it.

“I’ve heard some people mention before that it is better to settle in one position but I quite enjoy moving out.”

Mulgrew produced an outstanding display in Scotland’s hard-fought 1-0 victory over Ireland at Celtic Park in November and says it was his best performance to date but he is expecting another battle on his hands in Dublin.

“Definitely aye. You always know when you have played well and not so well. That night I felt I had played very well and I was very happy with my performance,” he continued.

“But the most important thing is that we won the game and I was just glad I could help us do that.

“It will be physical again. The last game was very physical and they have got a lot of physical players.

“But we have got players who can do that as well. It will be a typical British game I’d imagine.

“We know the threats they possess. They have goalscorers in their team and also have a physical presence which can cause problems.

“So we will need to be ready for that. We are not thinking there will be a lack of goals or anything like that – we are preparing for the best Ireland can produce.”

Gordon Strachan’s men, who lie in third – a point behind leaders Poland – are two points ahead of Ireland heading into Saturday’s clash but Mulgrew dismissed suggestions that a win would rule Ireland our of qualifying.

He added: “We’ve not thought about that. We’re just thinking if we can win the game it will be a step in the right direction.

“It’s only the half-way point. We’re not getting carried away. It’s not a must-win game. We’re just looking to pick up the three points if we can.”