By Peter MartinSeptember 2, 2016No Comments 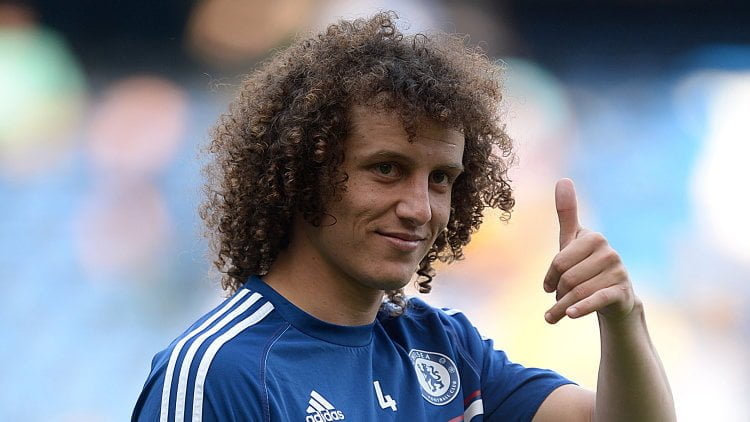 Premier League clubs broke the £1billion barrier in spending over the summer transfer window, which closed at 2300 on August 31.

No fewer than 13 teams smashed their own transfer record in the process of strengthening their squads.

Here, PLZ Soccer takes a look at five of the done deals which could yet prove some valuable business.

Perhaps the most surprising move of a summer transfer deadline day which saw Premier League clubs spend some £155m, however it is also maybe one which makes a lot of sense. While Luiz had his share of critics for his PlayStation style, the Brazilian never looked out of place in the hustle-and-bustle of the English top flight. With the likes of Marcos Alonso coming into the Blues defence, Luiz will at least bring some quick stability at the back for new manager Antonio Conte, who has certainly signalled his intent for the season with overall impressive transfer dealings throughout the squad.

Okay, so the lack of a formal price tag might not match the ego, but there is no doubt the veteran Swede brings something to the United squad, both on and off the pitch. Ibrahimovic, whose contract was up in Paris, has shown with four goals in as many appearances he is not going to be at Old Trafford just to make up the numbers, or play second fiddle to world record £89m signing Paul Pogba. United’s marketing department will also no doubt have been pleased by the increase in global shirt sales for the club’s new number 9, which will go some way to offsetting the 34-year-old’s reported £260,000-per-week wages.

Perhaps it is a sign of the times that the once great hope of English football, with more than 150 games for Arsenal and some 34 senior international caps should be farmed out on loan rather than trying to battle for his place and drive the Gunners on towards a sustained title bid. Still only 24, Wilshere’s best seasons are ahead of him, provided of course the combative midfielder can finally shake off his terrible run of unfortunate injuries. Bournemouth, though, could just have pulled off one of the coups of the summer window, should Wilshere stay fit and flourish with a run of games under coach Eddie Howe, whose style of play would not look out of sorts at the Emirates Stadium.

With so much money floating around now within the 20 elite clubs of English football, it is often difficult to find what is the true market value of any player, let alone a British talent. Some would argue Manchester City paid over the odds to land England centre-back John Stones for £47.5m, others will say it is a sign of the current crazy market. In Wales international Williams, the Toffees have secured a swift replacement who will not need any adaption time to the Premier League and can settle quickly as Ronald Koeman looks to re-shape the team into a more mobile unit built on solid foundations. While Stones is indeed a huge loss, at least Phil Jagielka has a new central defensive partner who knows just what it takes to do the required job week in and week out – which could yet prove priceless.

While it may not have been the big money striker which many Arsenal fans were calling for, could manager Arsene Wenger have unearthed another hidden gem in Spanish forward Perez? The 27-year-old netted 17 goals last season, and had been on Everton’s radar before the Gunners’ late intervention to meet a 20m Euro release clause. Having brought Swiss international Granit Xhaka to bolster the midfield and Shkodran Mustafi to shore up the defence (again), Wenger will be hoping Perez can provide the supply line to the likes of Alexis Sanchez and Olivier Giroud. Arsenal fans can no longer accuse their manager of failing to spend, but whether his £85m new recruits can now quickly deliver a return remains the key question.