No action to be taken on Rangers chants, hints SPFL 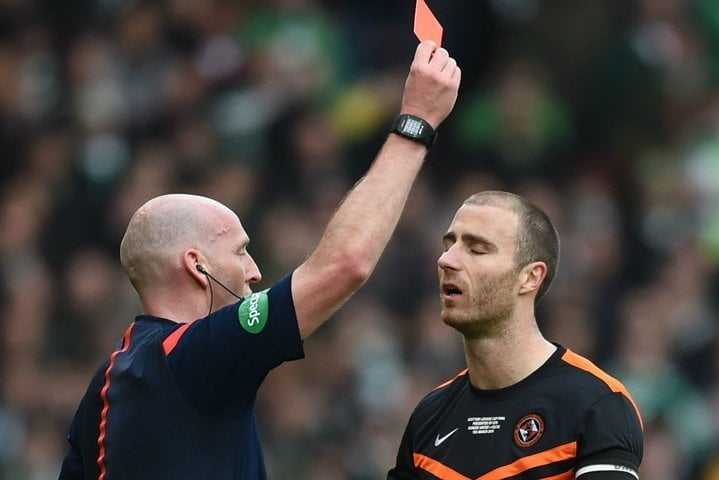 SPFL chief executive Neil Doncaster has hinted that no action will be taken against Rangers after some supporters sang sectarian songs in last Friday’s match against Raith Rovers.

Doncaster strongly criticised the actions of a “mindless minority” who have once again “dragged Scottish football’s reputation through the mud”.

Under the current rules a club only has to prove that it took preventative steps to persuade supporters from being racist, sectarian or offensive behaviour so it is unlikely that any further action will be taken.

“We hope to have sight of the match delegate report from Friday night’s Raith Rovers v Rangers SPFL Championship match within the next 24-48 hours,” Doncaster said.

“It remains the SPFL’s position that if it can be established that clubs have done everything required in overall management of the event pre-match, during the game and post-match then they have no case to answer.

“But setting that aside, the vast majority of decent fans will share a strong degree of anger and despair that the good name of Scottish football is once again being dragged through the mud by the distasteful, shameful and selfish actions of a mindless minority who seem hell bent on indulging in outdated and offensive behaviour.

“I know that clubs, players and many others across the game share this frustration.

“While we can’t comment further until we review the match delegate report, we will work with our clubs and the police to do everything within our powers to act against those involved in such unacceptable conduct and behaviour.

“However ultimately we also need the supporters to play their part to help stamp out such behaviour.”

A charity, which attempts to help alleviate sectarianism in Scotland, Nil By Mouth, has urged clubs to vote for Uefa’s strict liability – which would see sanctions such as fines, points deductions and stadium closures imposed on clubs whose fans were found guilty of racist, sectarian or other offensive behaviour.