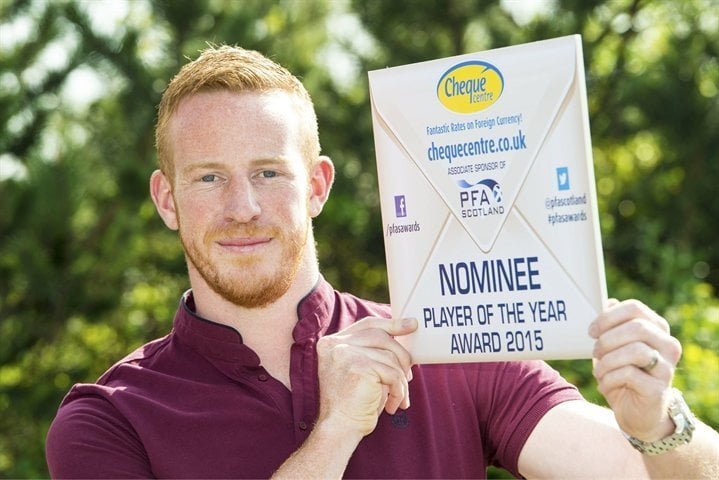 Aberdeen striker Adam Rooney is determined to ensure Celtic won’t be celebrating as champions after they leave Pittodrie on May 10.

The Hoops have an eight-point lead at the top of the Scottish Premiership to nearest challengers Aberdeen and if both sides win their remaining fixtures there will be a Pittodrie showdown.

Rooney, who was on the shortlist for the PFA Player of the Year award after netting 27 goals this season, is desperate to ruin Celtic’s title party.

“We don’t want to see that happen at our place given the season we’ve had,” the Dons striker admitted.

“It’s added incentive for us to go out and win that game. You don’t want to see players celebrating in front of you when you want to be the ones celebrating.

“To be eight points behind Celtic with just five games to go is a great achievement. Hopefully we can continue to push them all the way until the end of the season.

“There’s an outside chance that we can catch them, but that would involve them having a drastic fall in form. It’s hard to see them losing four of their last five.”